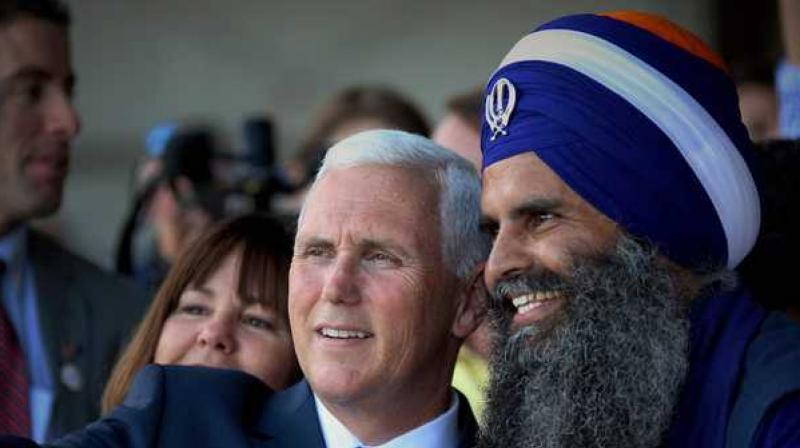 Washington: The US state of Indiana has unanimously passed a resolution recognising the Sikh community’s “significant contributions” to America.

“The Indiana Senate recognises and acknowledges the significant contributions that American Sikhs have made across the United States and to the State of Indiana on the great occasion of Vaisakhi as ‘National Sikh Day’,” said the resolution.

Passed unanimously by the Indiana Senate on Friday, the resolution was introduced by Indiana lieutenant governor Suzanne Crouch.

Also for the first time, National Sikhs and Vaisakhi Day will be celebrated on May 15, 2017 in the Indiana State House with Governor Eric Holcomb.

Passage of the resolution is an important milestone in the history of Sikhs in the US, said Khalsa who was instrumental for the move.

This is “start of something special and significant for Sikhs” all across America, he said.

Khalsa, who has been developing relationships with public officials in other parts of the country, hoped his efforts will expand Sikhs culture of selfless service to community and be a beacon of hope in spreading the Sikh values of humanity, diversity, interfaith dialogue and economic empowerment.

Earlier this year in Kent, Washington, a Sikh man was accosted by another man in his driveway and told to “go back to his country”. The individual then shot the Sikh in the arm.

25-year-old Sikh cab driver Harkirat Singh was assaulted and his turban knocked off by drunk passengers last week during a trip from Madison Square Garden to the Bronx.

The attack on Singh occurred just hours after thousands of Sikhs had gathered at Times Square for the ‘Turban day’ event organised by a Sikh group to spread awareness about the faith.

In the years since the 9/11 terror attacks, Sikhs remain more likely to be targeted in cases of profiling, bigotry and backlash than the average American.