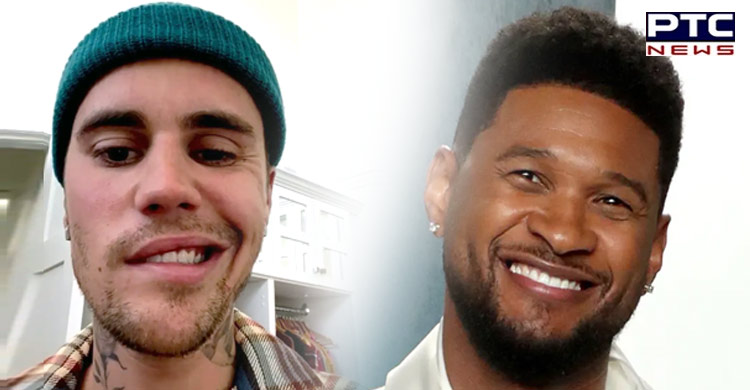 Washington (US), July 19: Around a month after Justin Bieber was diagnosed with the Ramsay Hunt syndrome, American singer Usher has shared an update on the Canadian musician's health.

According to Page Six, Usher said that Bieber was "doing great" and that "as an artist, I think we are all going to experience some things that people may not necessarily understand."

"I think [Justin] has obviously taken the world on a journey. I am happy that I was at the beginning of and I am still a part of to this day, as a friend," Usher continued.

He further noted that he saw Bieber on a recent vacation, and the duo "managed to hang out." "I think that whatever he may be experiencing right now, it's actually really great to see that he has the support from his fans and his family," he added.

Later that same week, Hailey Bieber informed that her husband was "getting better every day" during a 'Good Morning America' appearance. "Obviously it was just a very scary and random situation to happen," she added.

According to Page Six, Hailey and Justin have since been seen together on multiple occasions, including going to church in June and making out during an Idaho trip earlier this month.