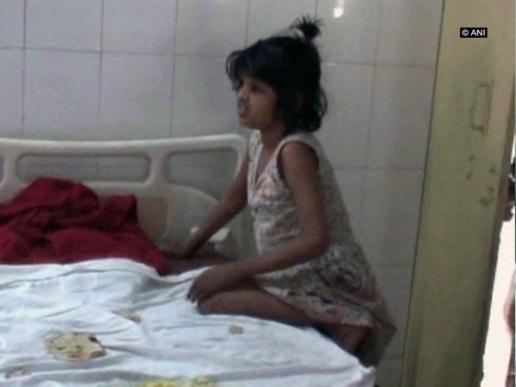 Bahraich (Uttar Pradesh): The City Hospital doctors, who have been treating a ten year-old girl found in the Katarniaghat forest by the Uttar Pradesh Police, on Thursday said the girl was showing improvement in health.

A ten year-old girl was found living among animals by police in Uttar Pradesh's Bahraich district two months back.

The girl was completely unfamiliar with human language.

Later, the police admitted the girl to a city hospital for treatment.

Medical specialist while describing the girl said that the girl ate and walked like animals, ran away on seeing humans, adding that she might have lived with animals for quite sometime.

"The girl had marks on her skin, looked like she has lived with animals for quite some time," the CMO said.