Mallya arrested in UK by Scotland Yard, gets bail 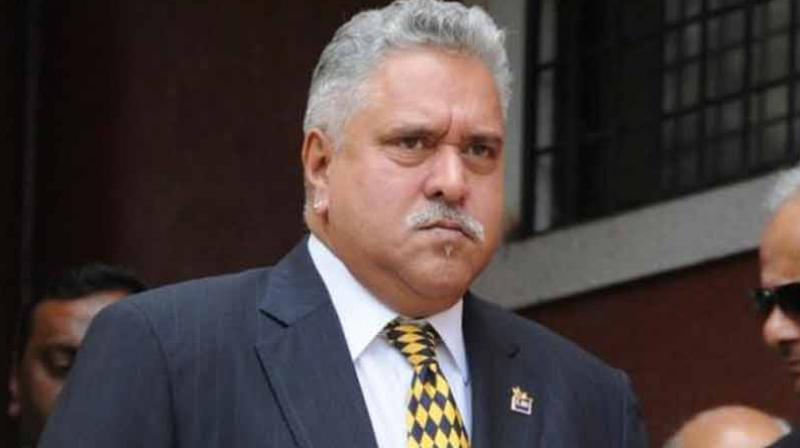 London: Embattled Indian tycoon Vijay Mallya, who has been declared a proclaimed offender, was today arrested in London by Scotland Yard on India's request for his extradition on fraud charges.

The 61-year-old liquor baron, wanted in India for defaulting on loans, was arrested after he appeared at a central London police station this morning.

The flamboyant businessman, who once called himself 'The King of Good Times", was released on bail a few hours later.

"Officers from the Metropolitan Police's Extradition Unit this morning arrested a man on an extradition warrant. Vijay Mallya was arrested on behalf of the Indian authorities in relation to accusations of fraud," Scotland Yard told PTI.

He appeared at Westminster Magistrates' Court in London and was seen walking out with his legal team a few hours later after being granted bail.

"It was a voluntary action. He will be out in a few minutes," said a member of Mallya's team at the court, without giving any further details of the bail conditions.

In January, an Indian court ordered a consortium of lenders to start the process of recovering the loans.

Senior Indian officials described his arrest as the first salvo in the case, which will now involve a legal process in the UK to determine if Mallya can be extradited to India to face charges in Indian courts.

The arrest comes weeks after Indian Finance Minister Arun Jaitley had indicated that Mallya's extradition would feature in his talks during his visit to the UK.

India had given a formal extradition request for Mallya as per the Extradition Treaty between India and the UK through a note verbale on February 8.

While handing over the request, India had asserted that it has a "legitimate" case against Mallya and maintained that if an extradition request is honoured, it would show British "sensitivity towards our concerns".

Last month, setting in motion the process of extradition of Mallya, the British government had certified India's request and sent it to a district judge for further action.

The extradition process from the UK involves a number of steps including a decision by the judge whether to issue a warrant of arrest.

In case of a warrant, the person is arrested and brought before the court for preliminary hearing followed by an extradition hearing before a final decision is taken by the secretary of state.

The wanted person has a right to appeal to the higher courts against any decision all the way up to the supreme court.

Earlier in January this year, a CBI court had issued a non-bailable warrant against Mallya in the Rs 720-crore IDBI Bank loan default case.

Mallya is the owner of a Formula One team.