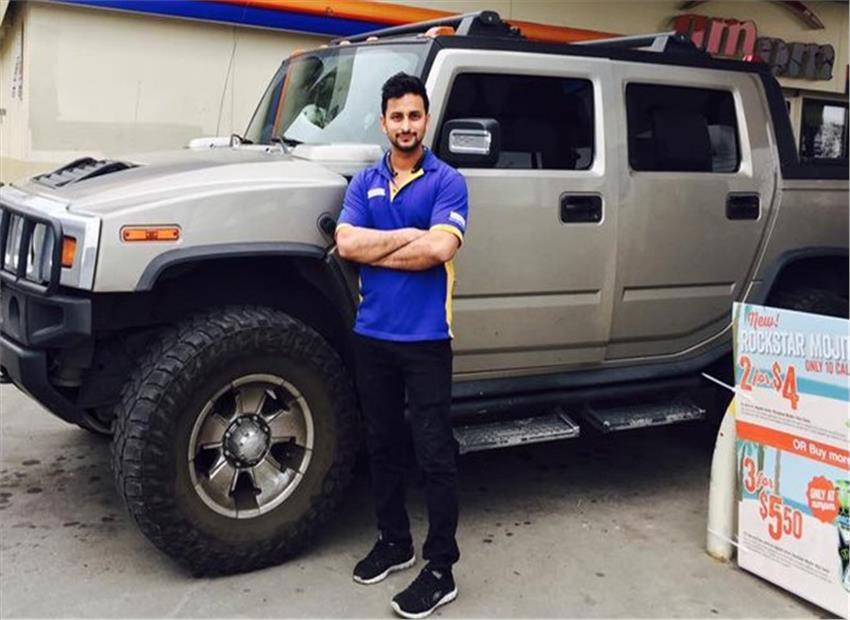 Hoshiarpur (Pb), Apr 8 (PTI) A pall of gloom descended on Jandwal, the native village of Vikram Jaryal, who was shot dead in US' Washington state.

26-year-old Vikram was shot dead allegedly by two masked armed robbers at a convenience store of a gas station on April 6.

He was working as a clerk in the store at AM-PM Gas Station in Yakima city of Washington and was behind the counter when two people in masks went in and robbed the store.

He was later taken to the hospital where he died.

After the tragic news of Vikram's murder reached his village here, several locals reached his house at village Jandwal on Mukerian-Pathankot national highway to console the bereaved family.

They could not believe that Vikram, who had left for USA around 22 days back, was no more.

Lovely Jaryal, an elder brother of the deceased, said they were three brothers and all of them were in merchant navy. Vikram's father Parshotam Singh (57) and mother Poonam Jaryal (48) years were in a state of shock.

Lovely said, "The family has no demand except to perform the last rites of Vikram Jaryal with full honour and dignity."

Deceased Vikram Jaryal studied up to XII standard and was having a 10-year US visa. He went to the US around 22 days ago where he got employment in a store at AM-PM Gas Station.

Vikram's friend Sanjiv Kumar, who had also been residing in the US, was trying to send back his dead body to the village for cremation.

"Sanjiv Kumar along with some others met the authorities at city of Yakima in Washington state of USA to get Virkam's body. They assured them that after completing legal procedure, they will handover the same to them," said Lovely.

Meanwhile, the Ministry of External Affairs said it has received a report on the shootout incident resulting in the death of Vikram.

"We are coordinating with the investigative agencies. They have got the CCTV footage and are in the process of apprehending the culprits," Minister of External Affairs Sushma Swaraj tweeted.

She said the Indian consulate in San Francisco was helping the family and following this up with the police authorities.