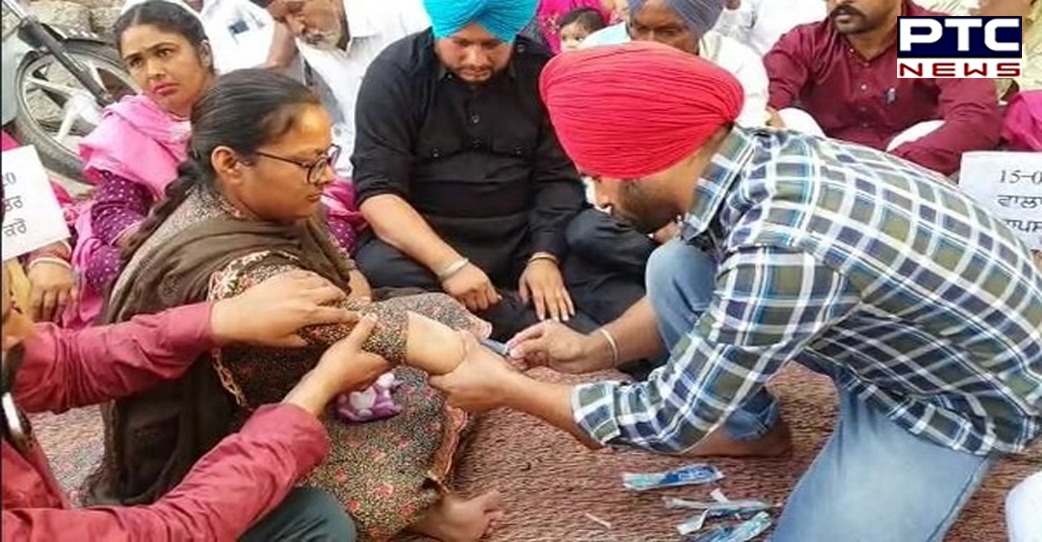 Chandigarh, October 25: The Vimukt caste body on Monday observed a Black Diwali and protested outside cabinet minister Baljit Kaur's house in Faridkot against the abolition of 2 per cent reservation in government jobs for the community.

The protesters said they were on an indefinite protest and lit diyas with their blood. "Regarding the Elementary Teachers Test in Punjab details of around 170 children from the Vimut caste have been scrutinised and they are being harassed unnecessarily," said the protestors.

The protestors said that too many conditions have been placed which the children aren't able to fulfil and this is one of the main reasons for the protest.

"We have lit blood lamps outside the house of cabinet minister Baljeet Kaur and we are sitting on a dharna with our small children. People are celebrating Diwali but we are celebrating Black Diwali today," said the protestors.