Viral Video of a tiger crossing National Highway near Nagpur 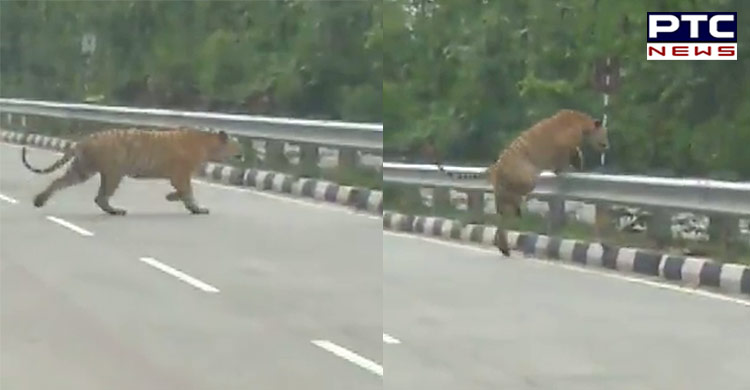 In a recent video going viral on social media, an adult tiger was captured crossing a national highway in broad daylight. This surely has triggered a debate on the development versus wildlife conservation. The video is making rounds on the Internet which includes Whatsapp, Facebook, Twitter, and other social media platforms. The video shows how the tiger is waiting for the right opportunity to cross National Highway 7 through the Pench forest.

Meanwhile, a Twitter user shared the video and quoted, "When the road crosses the forest, Tiger needs to be extra cautious while crossing it. Video of a tiger crossing National Highway near Nagpur." Likewise, people on Twitter began expressing their view on the video.

This is surely an alarm for the authorities and hence this video raises the debate on the development versus wildlife conservation.