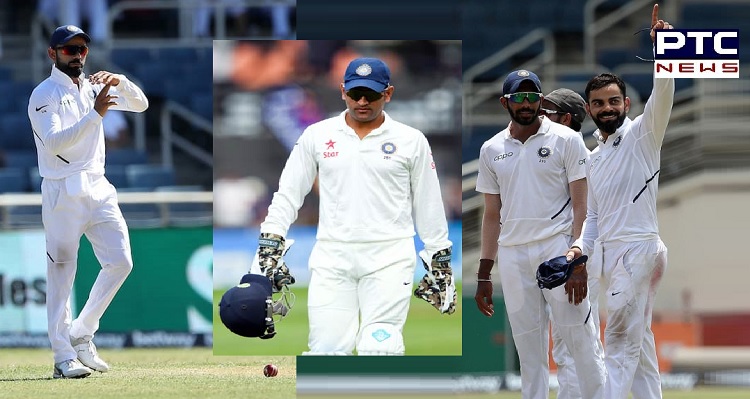 As India crushed Werst Indies by 257 runs in the second Test in Jamaica, Indian skipper Virat Kohli has surpassed MS Dhoni to become India's most successful Test captain. Virat Kohli has credited 27 wins before the Jamaica Test, but with the victory in the match, Virat Kohli got his 28th victory of the 48 Tests played. However, MS Dhoni scripted 27 Test wins from the total of 60 matches played.

India registered a comprehensive 318-run victory in the first Test match in Antigua, where Kohli became the most successful Indian captain in overseas Tests. After the conclusion of India vs West Indies Test series 2019, Kohli registered his 12th overseas victory, while the previous record-holder Sourav Ganguly had won 11 Tests out of 28 matches played on the foreign soil.

Likewise, with the victory in Jamaica Test, India has whitewashed Windies in two-match Test series and have climbed the ICC World Test Championship points table with 120 points. Also, this was the eighth consecutive series victory for India over West Indies.

For Jamaica Test, Hanuma Vihari was rewarded as the Man of the Match, keeping in mind his century in the first innings, while a half-century in the second innings. Now, Team India will be preparing for the upcoming home series against South Africa.