Baaghi 3 Trailer: It is Tiger Shroff vs Terrorists 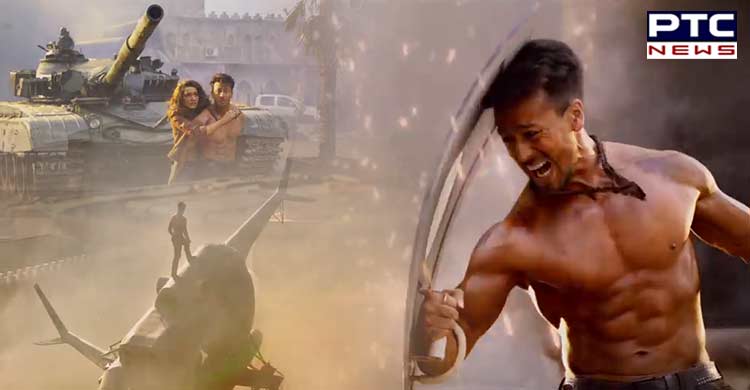 The much-awaited trailer of Baaghi 3 featuring Tiger Shroff, Shraddha Kapoor, Riteish Deshmukh and Ankita Lokhande in the lead roles is finally out. Deshmukh and Tiger are playing brothers in Baaghi 3. Tiger Shroff is one man army against a whole terrorist organisation in his next flick Baaghi 3.

After the success of Baaghi and Baaghi 2, Tiger Shroff is all set to punch and kick his way to another box office hit. Shraddha Kapoor is joining Tiger again after Baaghi. Meanwhile, Riteish and Ankita are joining the franchise of Baaghi for the first time.

The story revolves around brothers Ronnie (Tiger) and Vikram (Riteish) who share an unbreakable bond and have each other's back. The journey begins when a certain turn in events lead Vikram to travel abroad for work where he gets kidnapped. This led a spark in Ronnie to do whatever it takes to destroy anyone who stands in his way. The 3:41 minute trailer gives us all the hype and expectations.

Be it the next level action or the direction, Baaghi 3 is set to give goose bumps. With some slow-motion fight scenes and shirtless Tiger, Baaghi 3 not only features the star fighting with terrorists, but also taking on choppers and tankers.

Helmed by Ahmed Khan and produced by Nadiadwala grandson, Baaghi 3 also features Disha Patani in a cameo. The film is all set to release on March 6, 2020.