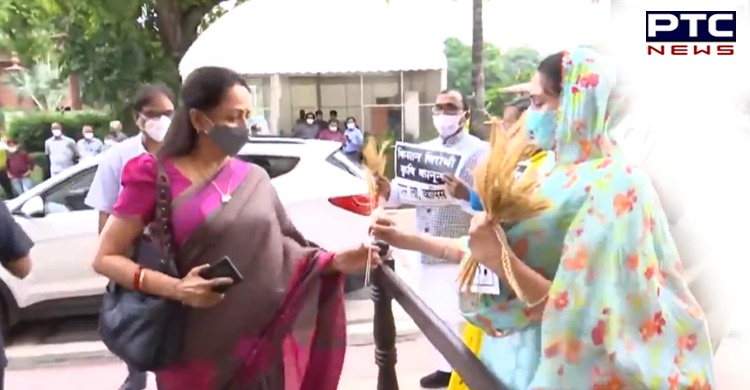 As SAD and BSP continue to protest inside and outside the Parliament over the Centre's farm laws during the Monsoon Session 2021, the Shiromani Akali Dal leader Harsimrat Kaur Badal on Tuesday offered wheat stalk to BJP MP Hema Malini.

Earlier on Monday, former Union Minister Harsimrat Kaur Badal had distributed wheat stalk outside the Parliament in order to remind the government about farmers' hard work. 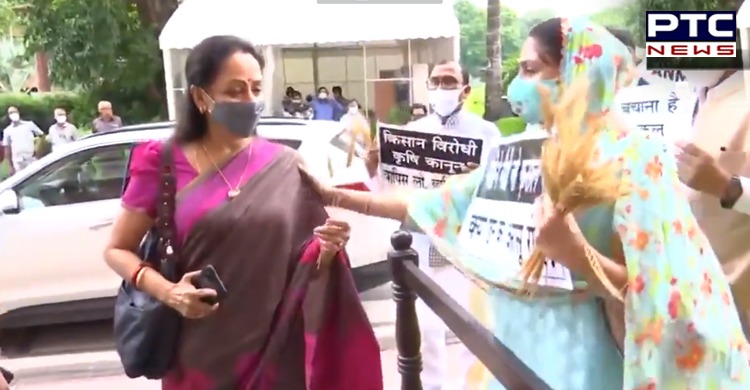 In a video that surfaced on social media, Harsimrat Kaur Badal was seen giving wheat stalk to Hema Malini while both of them shared some words as well. 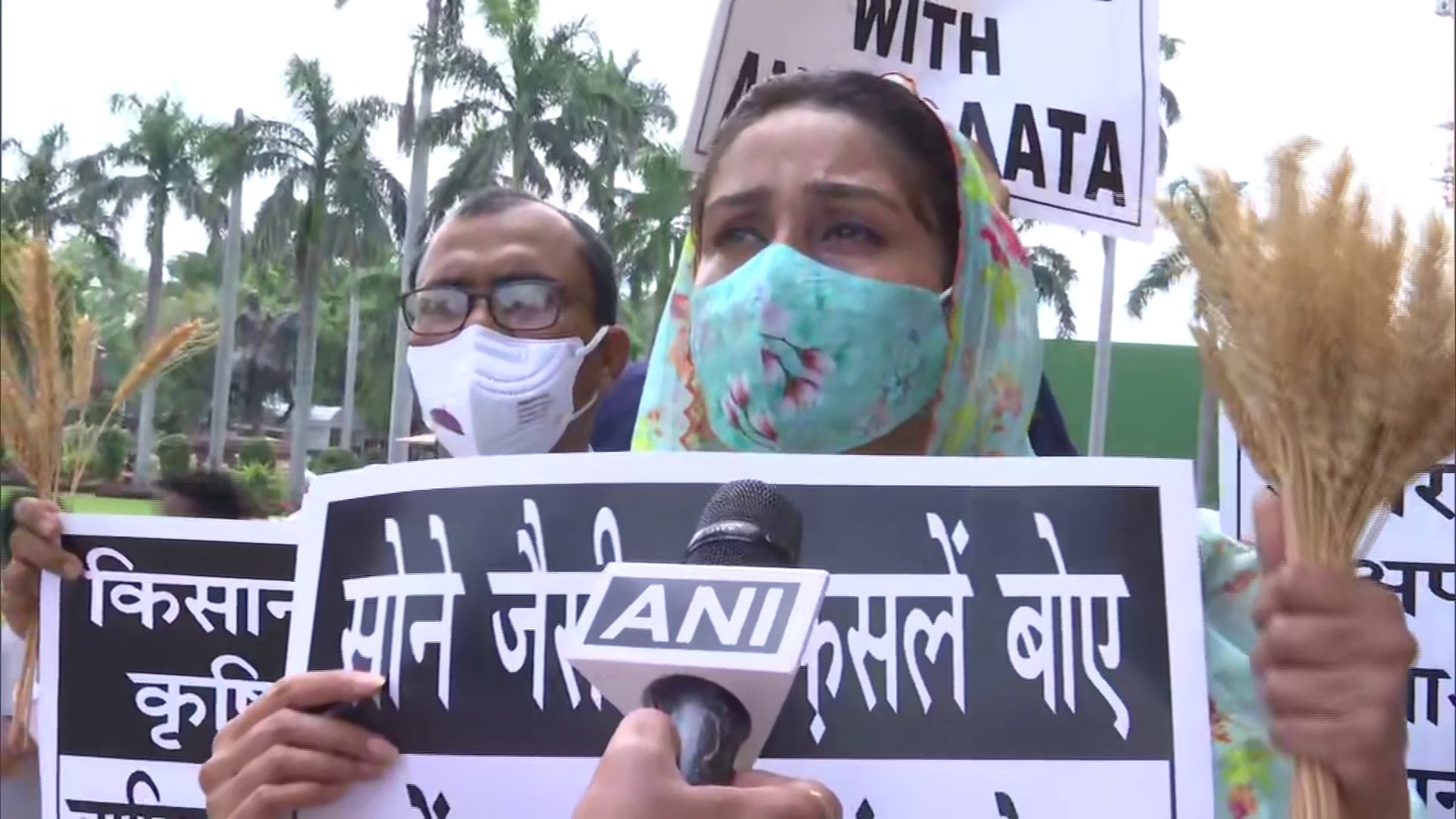 On being asked about Shiromani Akali Dal not attending Rahul Gandhi's opposition meet earlier on Tuesday, the Bathinda MP said, "We were not called by anyone. The entire opposition is united on the issues like farm laws. Why is the Centre running away from discussions? This is a govt of dictatorship."

"I have no information (about Opposition meeting). When all opposition parties have the same issues, then what is the need for a meet? We are raising these issues collectively," said BSP MP Ritesh Pandey. 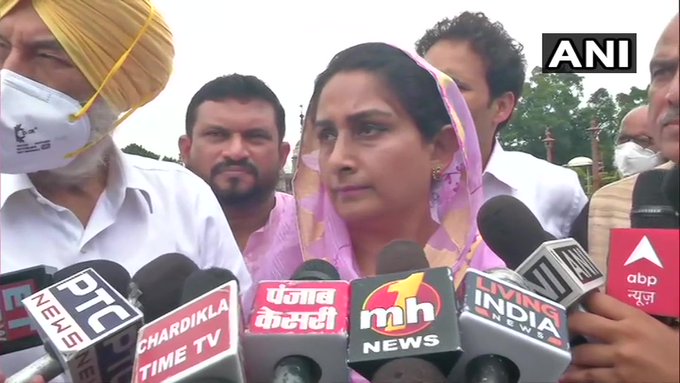 Shiromani Akali Dal has been protesting against the farm laws inside and outside the Parliament since the Day 1 of the Monsoon Session 2021.