US Secretary of State in New Delhi with focus on expansion of bilateral ties between India, US 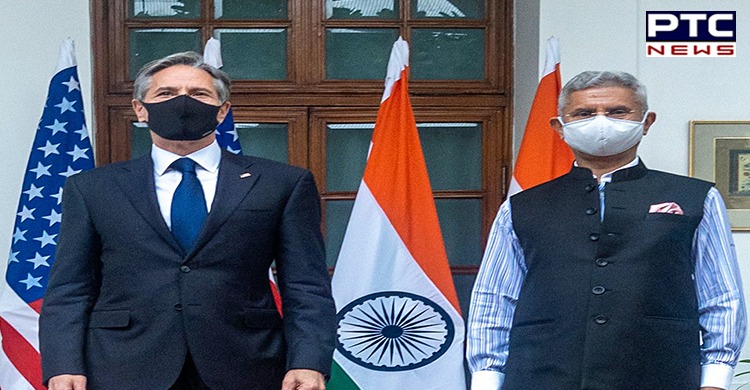 As part of his maiden India visit, US Secretary of State Antony Blinken arrived in New Delhi on Tuesday evening with a focus on the expansion of bilateral ties between India and the United States, regional issues, including Afghanistan, global terrorism, Indo-pacific, among other issues with Indian officials.

On Wednesday, Antony Blinken, at the end of talks with his Indian counterpart S Jaishankar in New Delhi, said even as the United States withdrew its forces from Afghanistan, they would remain engaged in Afghanistan. 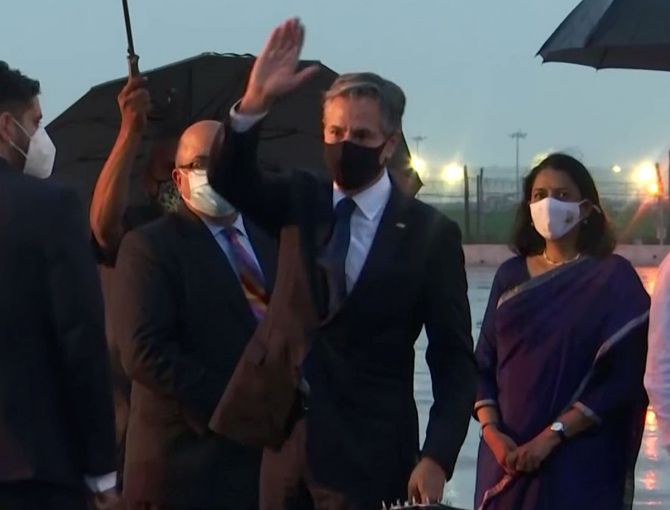 "We have not only a strong embassy there, but also have important programmes that support the country economically through development and security assistance," said US Secretary of State Antony Blinken during his India visit.

The top US diplomat was responding to a question on Afghanistan as US troops pull out and the Taliban invade the cities amid concerns of deteriorating conditions in Afghanistan and fighting between the Taliban and the Afghan government.

"We are very much engaged in the diplomacy of working to bring parties together at the table for the resolution of the conflict in Afghanistan," added the US State Secretary.

"The Taliban says that it seeks international recognition, that it wants international support for Afghanistan, presumably, it wants its leaders to travel freely in the world and sanctions lifted, etc," Antony Blinken said, adding that violence is not the path to achieve their objective. "Taking over the country by force and abusing the rights of the people is not the path to achieve those objectives. There is only one path and that is at the negotiation table to resolve the conflict peacefully," he said.

Taliban have intensified their offensive against civilians, Afghan defence and security forces as foreign troops are withdrawing from the war-torn country. Over the last few weeks, they captured several districts in Afghanistan including Takhar, the country's northeastern province. The extremist group issued diktats like ordering women to not leave home alone and men to grow their beards.

Underlining the importance of peace negotiations in Afghanistan, External Affairs Minister S Jaishankar, in a joint press conference with Antony Blinken, spoke against the unilateral "imposition of will" in the war-torn country while calling for preserving the gains made over the past two decades. - PTC News