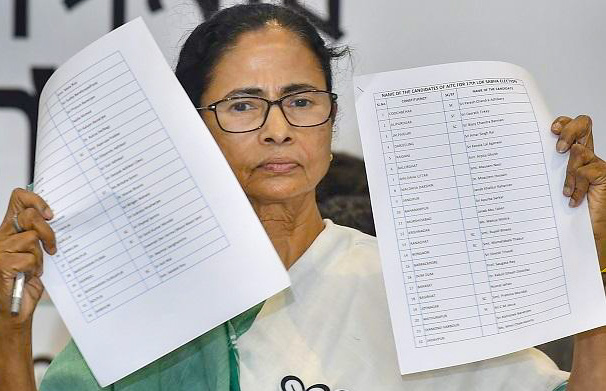 The TMC has been locked in a fierce fight with the BJP which, according to exit polls, could increase its tally substantially from two seats in 2014 to double digits.

In Medinipur, it’s a neck-and-neck contest between BJP state president Dilip Ghosh and TMC’s Manas Ranjan Bhunia, according to the ECI.

In the last Lok Sabha elections in 2014, the BJP had won just two of West Bengal’s 42 seats.

The BJP-led NDA government has been high on confidence after the exit polls predicted a majority for the party in the Lok Sabha elections.

Earlier, BJP National General Secretary Ram Madhav had said that West Bengal will be a surprise for pollsters adding that what UP did in 2014 will be repeated by West Bengal in 2019.