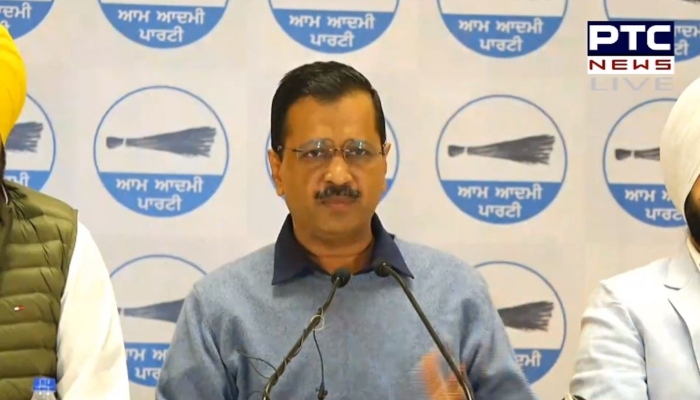 On June 28, a tailor Kanhaiyalal Kumar was beheaded by two men inside his shop in Udaipur in the broad daylight, while a chemist shop owner Umesh Kolhe was killed by several men in Amravati on June 21. On the incident, the Delhi Chief Minister said, "Whatever is happening is wrong, the country can't move forward like this. There should be peace and unity. I condemn this and hope that the accused get the strictest punishments."

"Finger-pointing cannot do anything, it is important that all the governments and people of the country come together to improve the country's situation," he added while being questioned about who can be responsible for the inhumane incidents in the country.
Expressing hope and confidence over the AAP's victory in the 2022 Gujarat elections, the Delhi CM said, "AAP is expanding on a huge scale in Gujarat. People are tired of the 27 years of BJP. BJP thinks Congress can't replace them so they have developed ego. People are looking with hope towards AAP this time."

He further said that over 7,000 office bearers are scheduled to take oath today, adding that it was a great deal for the expansion of an organization at such a huge scale and hence the "common man of Gujarat sees AAP as a ray of hope and are being connected with AAP. We are confident that the next government in Gujarat will be AAP," he said.