Punjab Chief Minister Captain Amarinder Singh on Wednesday said his government was ready to upgrade the existing Sub-Yard Payal to New Market Committee if it fulfills all the requisite norms for upgradation.

Replying to a question raised by MLA from Payal, Lakhvir Singh Lakha, the Chief Minister said that the government did not have any proposal at present to establish a Market Committee at Payal, and the Payal Sub-Yard could be elevated to Market Committee only if it met certain conditions, including a minimum annual income of Rs. 2.5 crore (notably, the sub-yard’s income was Rs. 1.73 crore in 2015-16 and Rs. 1.91 crore in 2016-17).

The Chief Minister pointed out that there were 153 Market Committees in the State, which comprises Principal Yards and Sub Market Yards. The Sub Yard Payal was situated within the notified market area of Market Committee Doraha District Ludhiana. To be eligible for upgradation, it should be located at least 16 km from the nearest Market Committee, as against the existing 10 km.

The Chief Minister further informed the House that there should be at least 50 licensees under section 10 during the last two years for declaring a Yard as Market Committee, which was another condition not fulfilled by the Payal Sub-Yard. As per section 10, as many as, 22 licensees were functional during 2015-16 and 23 licensees during 2016-17 in the sub-yard at Payal.

Lastly, the newly constituted Market committee should not adversely affect the income, arrival of different produces and other financial resources of nearby Market Committees, said the Chief Minister adding that his government would upgrade the Payal Sub-Committee once it fulfills all the eligibility conditions for the same. 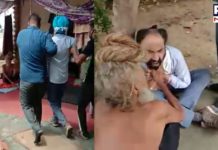 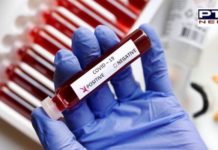