Won't give up till the anti-farmer laws are repealed: Harsimrat Kaur Badal

"We will continue to protest in Parliament till these Acts are repealed," Harsimrat Kaur Badal added. 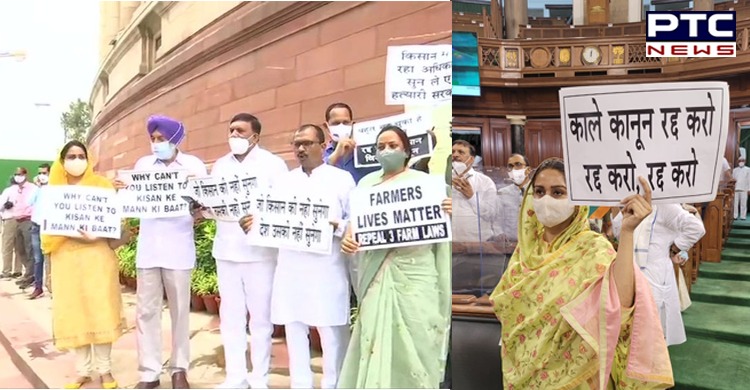 Farmers Protest: Former Union Minister Harsimrat Kaur Badal on Friday continued to protest inside and outside the premises of Parliament during the Monsoon Session 2021.

Harsimrat Kaur Badal shared a picture on Twitter in which she can be seen displaying a placard inside the Parliament. "We won't give up till the anti-farmer laws are repealed," she wrote. 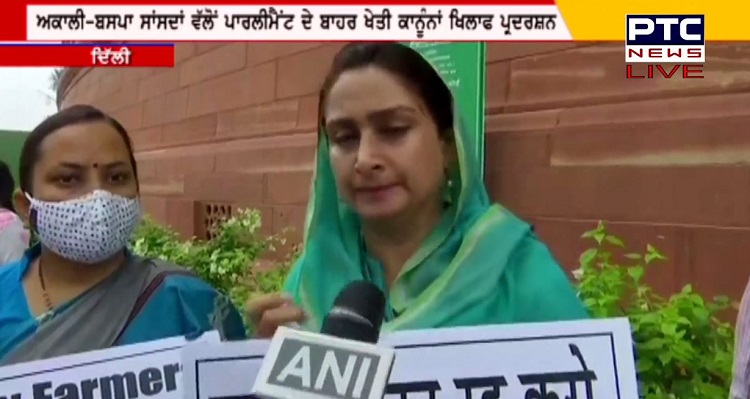 Meanwhile, she also said that "We will meet President Ramnath Kovind on July 31 on the issue of farmers' protest." "We will urge all parties to join the fight," she added. 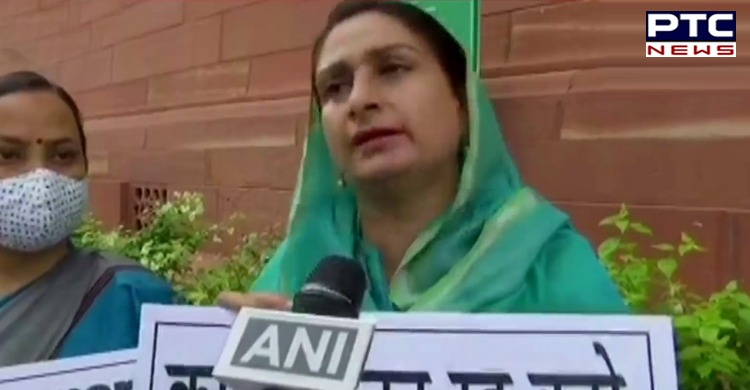 She also said that it was an anti-farmer govt. It doesn't want to discuss the 3 contentious farm laws enacted to favour corporate houses, he said, adding that we aren't daunted by this stonewalling of discussions.

"We will continue to protest in Parliament till these Acts are repealed," she added. 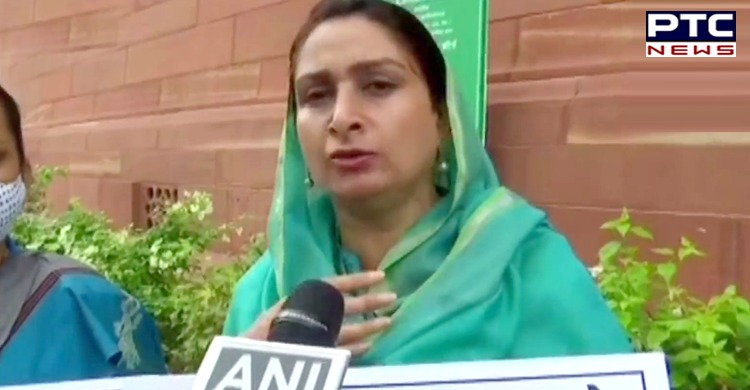 Shiromani Akali Dal and Bahujan Samajwadi Party's MPs have been protesting against farm laws outside the Parliament during the Monsoon Session 2021.