Elon Musk clarifies on whether Donald Trump, blocked accounts will return to Twitter 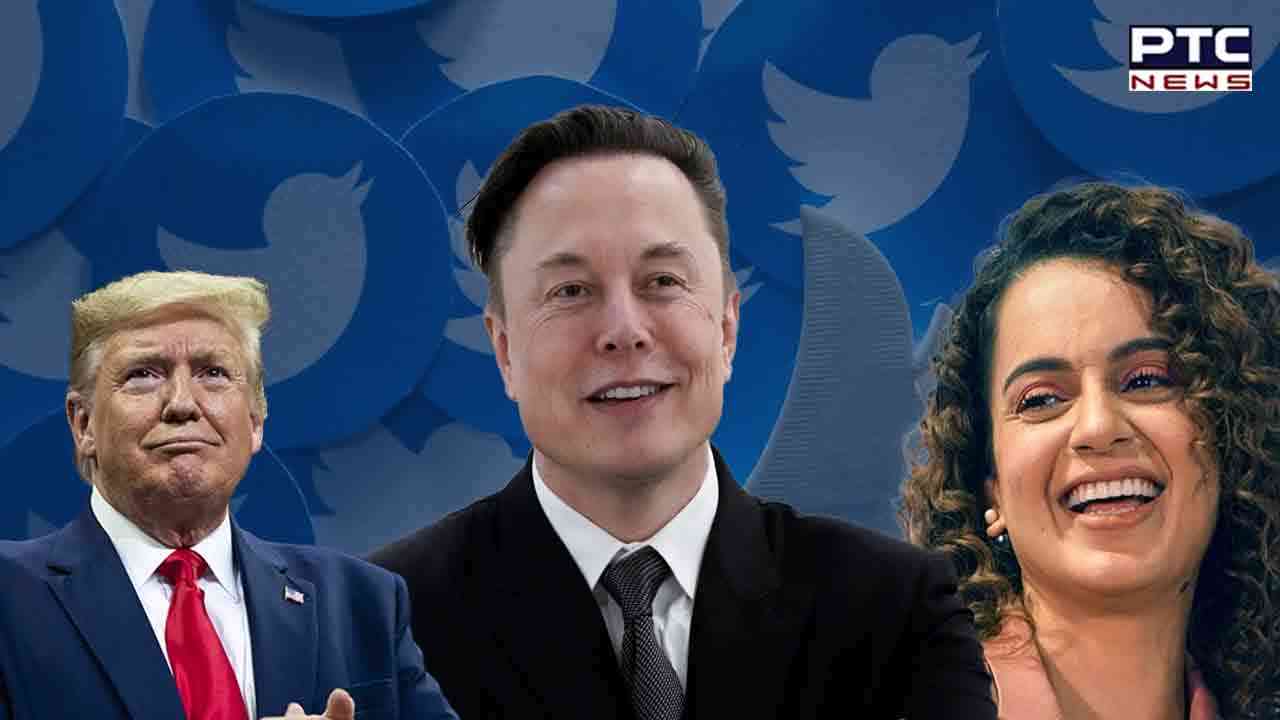 Washington, November 1: Tesla CEO Elon Musk, who recently acquired Twitter, on Monday took to the micro-blogging site and addressed the question whether Donald Trump will be permitted back on the social media platform.

The new Twitter boss tweeted, "If I had a dollar for every time someone asked me if Trump is coming back on this platform, Twitter would be minting money!"

The NY Post has reported that after taking over Twitter in a USD 44 billion deal last week, Musk began cleaning house by firing its top executives.

He fired a number of Twitter executives including CEO Parag Agrawal and Vijaya Gadde, Twitter's longtime head of legal, policy and trust, who was in charge of significant account decisions, including suspending Trump.

The entrepreneur said that the social media company "will be forming a content moderation council with widely diverse viewpoints." That means suspended accounts like those held by Trump won't immediately return to Twitter.

In the weeks and months leading up to his purchase, Musk, who calls himself a "free speech absolutist," had pledged to reinstate Trump's account.

Reinstating Trump can have repercussions for Musk as the NY Post has shared that the Wall Street Journal reported several top brands preparing to cut ties with Twitter if Musk followed through with it.

According to the NY Post, Musk, who appears mindful of what an advertiser exodus might mean for his company's bottom line, tried to calm jittery Madison Avenue last week, pledging that he would not allow Twitter to descend into a "free-for-all hellscape, where anything can be said with no consequences! In addition to adhering to the laws of the land, our platform must be warm and welcoming to all."

Trump was banned from Twitter, his preferred method of communicating to the masses, in the wake of the events at the US Capitol on January 6, 2021. Since then, the former US President has been active on his own social networking app, Truth Social.