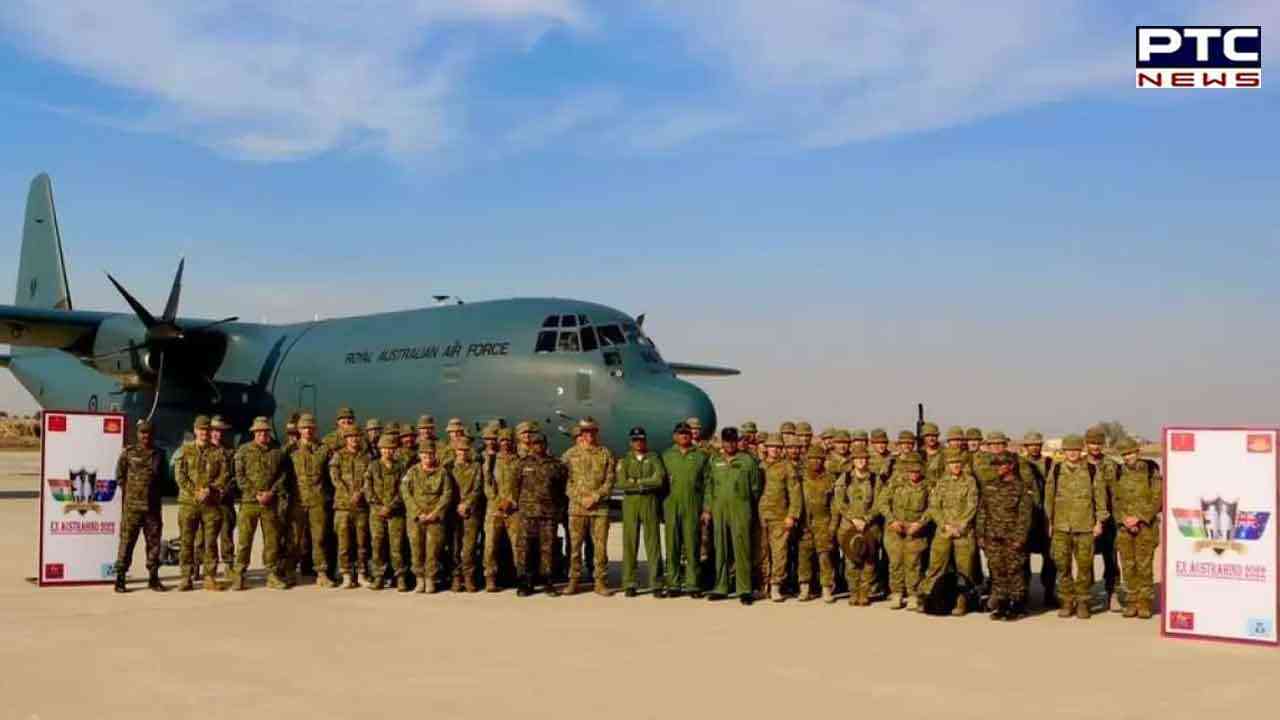 
The joint military exercise between armies of Australia and India 'Austra Hind-22' began at Rajasthan's Mahajan Field Firing Range on November 28, focusing on peacekeeping operations under the UN mandate.

The exercise, which is set to take place till December 11, aims to strengthen military ties, share best practices, and encourage cooperation.

During the ongoing joint drills, the troops have exchanged their expertise in drone technology.

"Troops of #IndianArmy and @AustralianArmy exchanged their expertise in the employment of cutting edge #drone technology including #nanodrones in combat," the Indian Army (@adgpi) tweeted.


The Australian army contingent comprises soldiers from the 13th Brigade of the 2nd Division while the Indian Army is represented by troops from the Dogra Regiment.


"Aim of the exercise is to build positive military relations, imbibe each other's best practices and promote the ability to operate together while undertaking multi-domain operations in Semi deserts terrain under a UN peace enforcement mandate," according to the Defence Ministry.


The 'Austra Hind' is a yearly event that will be conducted alternatively in India and Australia.