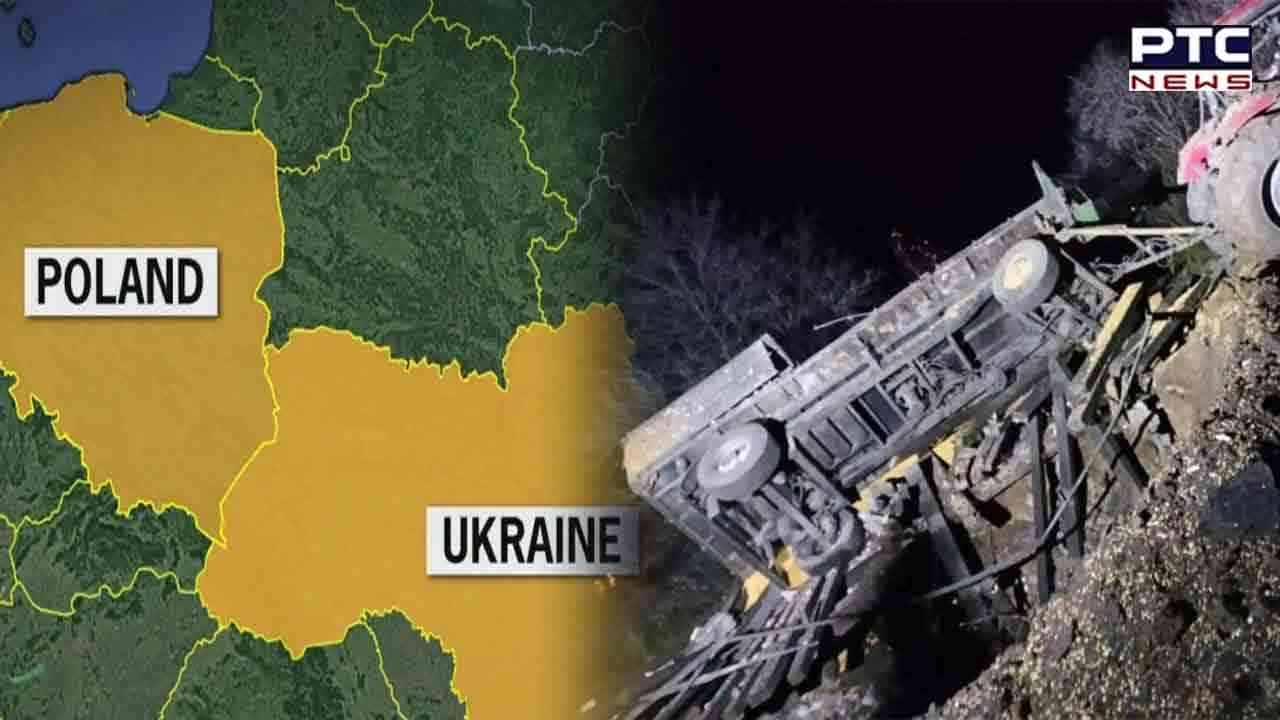 Warsaw, November 16: The Polish government has summoned the Russian ambassador to the country, claiming that a Russian-made missile fell in the country, killing two citizens.

In a statement, Polish foreign ministry spokesperson Lukasz Jasina has it has demanded "immediate detailed explanations" on the incident. "On 15 November 2022, another hours-long, massive shelling took place of the entire territory of Ukraine and its critical infrastructure by the armed forces of the Russian Federation. At 3:40 pm, a Russia-made missile dropped on the village of Przewodow, district Hrubieszow, Lubelskie province, and resulted in death of two citizens of the Republic of Poland," the ministry statement said.

"Therefore, Minister of Foreign Affairs, Professor Zbigniew Rau summoned the ambassador of the Russian Federation to Polish MFA and demanded immediate and detailed explanation," it added.

On November 15, Polish media reported that two missiles fell on the territory of Poland in the Lubelskie province bordering Ukraine. The Russian Defence Ministry dismissed reports, saying its military has performed no strikes targeting the Ukrainian-Polish border zone.

Polish President Andrzej Duda spoke with both US President Joe Biden and British Prime Minister Rishi Sunak, following the explosion that took place in the eastern part of the country near the Ukraine border.

"President Joseph R. Biden, Jr. spoke with President Andrzej Duda of Poland and expressed deep condolences for the loss of life in Eastern Poland earlier this evening. President Duda described Poland's ongoing assessment of the explosion that took place in the eastern part of the country near the border with Ukraine," the White House said in a statement.

Biden offered full US support for and assistance with Poland's investigation and reaffirmed the US' ironclad commitment to NATO.

In a Twitter post, British PM Sunak said he reiterated the UK's solidarity with Poland and expressed condolences for the victims. He also added that the UK will remain in close contact and coordinate with its NATO allies.

Besides US and UK, NATO has said it is probing reports that Russian missiles hit Poland.

"Spoke with President Duda @prezydentpl about the explosion in #Poland. I offered my condolences for the loss of life. #NATO is monitoring the situation and Allies are closely consulting. Important that all facts are established," Stoltenberg tweeted.

In a conversation with Polish Prime Minister Mateusz Morawiecki, European Council President Charles Michel said he would propose a coordination meeting on the incident on Polish territory.

"Just spoke with @MorawieckiM. Assured him of full EU unity and solidarity in support of Poland. I will propose a coordination meeting on Wednesday with EU leaders attending #G20 here in #Bali," Michel wrote on Twitter.

Following the explosion near the Ukrainian border, Poland will increase the combat readiness of some troops and is considering activating Article 4 of the NATO military alliance treaty, CNN reported citing officials.

As per article 4 of the military alliance, the NATO members "consult together whenever, in the opinion of any of them, the territorial integrity, political independence or security of any of the Parties is threatened."