Tributes for victims of 26/11 Mumbai horror at Geneva 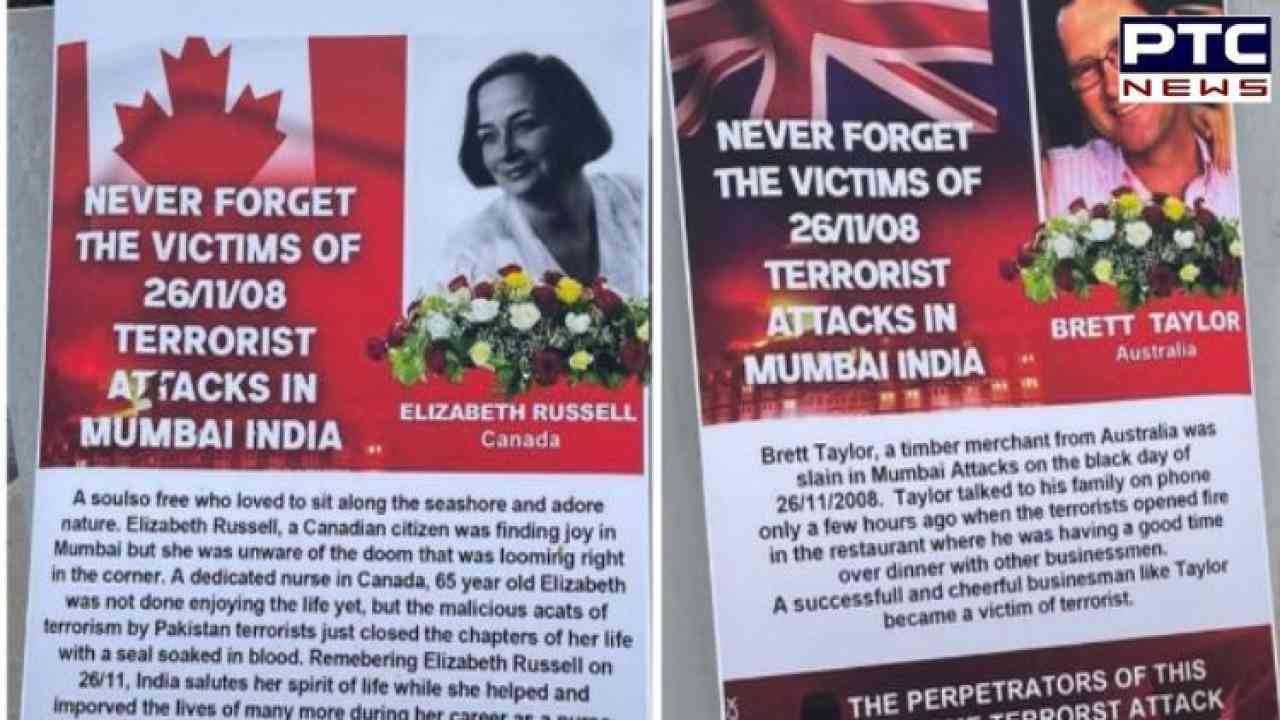 Tributes for victims of 26/11 Mumbai horror at Geneva

Geneva (Switzerland), November 26: A poster display was held at Geneva's famous Broken Chair to pay tribute to people from India and other countries who died on November 26, 2008, after armed terrorists carried out coordinated attacks in multiple locations in Mumbai.

The attacks killed at least 166 people and injured over 300 others. The posters also held Pakistan and the Pakistan-based group Lashkar-e-Taiba (LeT) responsible for the attack.

They also held that the terrorists were roaming about freely in Pakistan. Around 150 people visited the exhibition. These include diplomats representing countries whose nationals fell to terrorist bullets.

The exhibition is currently on.

The three-day siege in Mumbai began on November 26 in 2008, when 10 terrorists from the Lashkar-e-Taiba (LeT) organisation arrived by sea and started firing, killing 166 people, including 18 security officials, and injuring over 300 others.

The 10 terrorists travelled from Pakistan's Karachi to Mumbai across the Arabian Sea by hijacking a Kuber fishing trawler, killing all the crew and then arriving in an inflatable speedboat after killing the captain.

They docked at Mumbai's waterfront near the Gateway of India, hijacked cars, including a police van, and split into at least three groups to carry out the attacks to maximize damage.

Indian security forces killed 9 terrorists and one terrorist Ajmal Kasab who was captured alive was hanged on November 21, 2012.

Last month, India hosted the two-day anti-terrorism meeting of the United Nations Security Council (UNSC). The meeting in Delhi was held under India's chair of the Counter-Terrorism Committee (CTC).

After the meeting, a Delhi Declaration was issued which underlined that terrorists' opportunity to access safe havens continues to be a significant concern and that all Member States must cooperate fully in the fight against terrorism.

The Declaration also recognized that terrorism in all forms and manifestations constitutes one of the most serious threats to international peace and security.