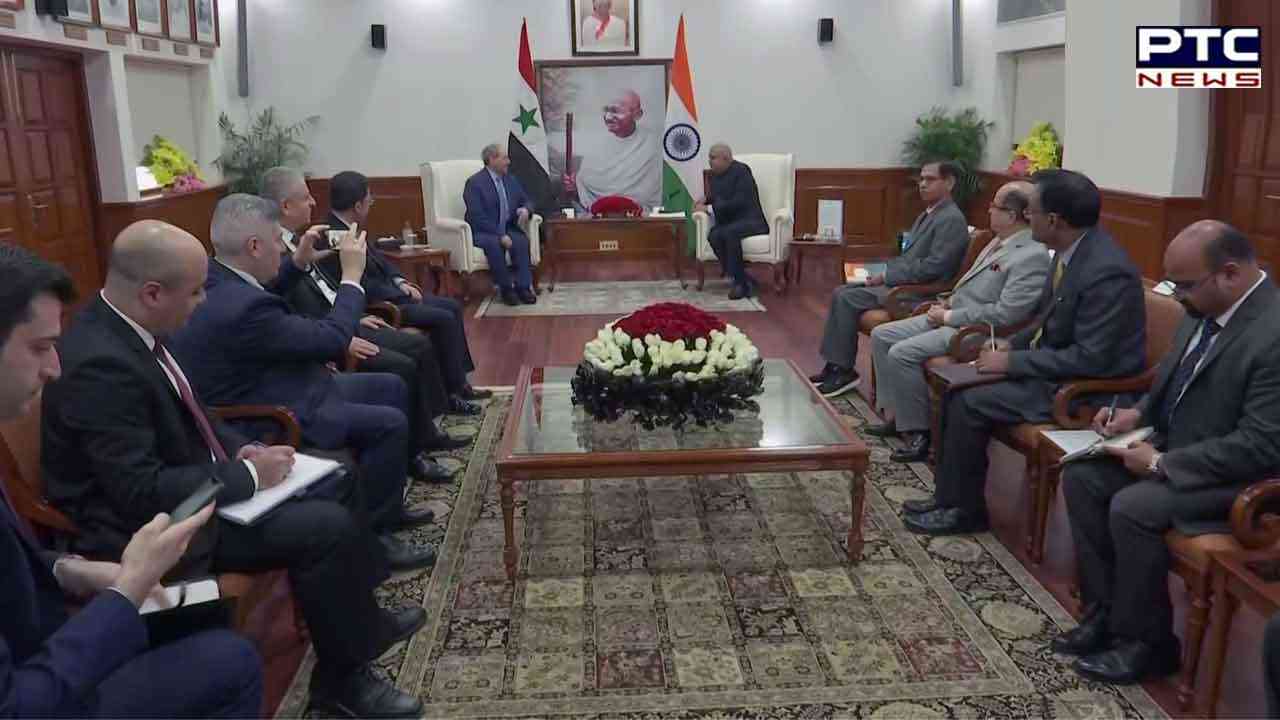 In the pictures, Jagdeep Dhankhar and Faisal Mekdad shook hands as they began their meeting. Upon his arrival in New Delhi, Arindam Bagchi, the official spokesperson of the Ministry of External Affairs extended a "warm welcome" to Fayssal Mekdad.

Arindam Bagchi tweeted, "Warm welcome to FM Fayssal Mekdad of Syria on his maiden visit to India. Looking forward to a productive visit." The Ministry of External Affairs said that Dr Faisal Mekdad's visit to India will further boost the bilateral ties between the two nations.

Ausaf Sayeed announced 200 scholarships for Syrian Students under Phase III of Study in India programme in the current academic year. According to the Ministry of External Affairs press release, 1,000 Syrian students have benefitted from the first two phases of the scholarship scheme.

He also inaugurated the Second Artificial Limb Fitment Camp (Jaipur Foot) in Damascus for the needy people of Syria on the occasion of the 153rd Birth Anniversary of Mahatma Gandhi. The Ministry of External Affairs noted, "The visit of Secretary (CPV & OIA) to Syria provided the much-needed impetus to our bilateral relations with the country."

Sharing details regarding his meeting, Dr S Jaishankar tweeted, "Good to have met Foreign Minister Dr. Faisal Mekdad of Syria. Welcomed his appreciation of the Jaipur Foot Camp in his country. Spoke about education, training and capacity building."