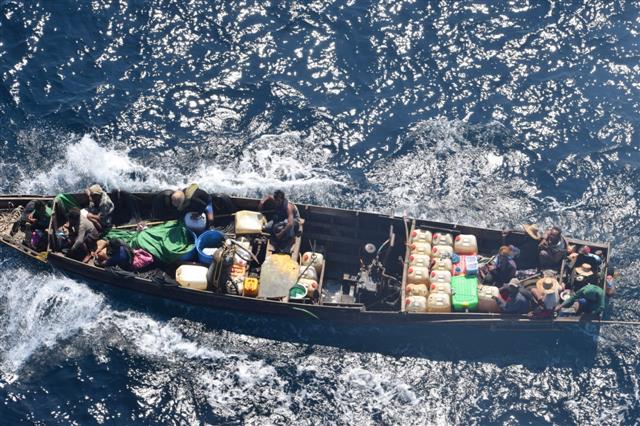 The Coast Guard has apprehended a Myanmarese boat with 12 crew members for illegally fishing in Indian waters near Andaman and Nicobar Islands.

The boat was around 14 nautical miles west of Rutland Island on Saturday in a sea-air coordinated operation, an official statement.

The vessel and its crew members were escorted to Port Blair and handed over to the Andaman and Nicobar Police for further investigation.

The boat was first sighted by a Coast Guard helicopter on maritime surveillance but the vessel’s crew did not respond on very high frequency (VHF) radio.

Acting on the information, a patrolling coast guard maritime reconnaissance aircraft and ship ‘Rajkiran’ were diverted to the area of sighting for investigation, a statement said.

The aircraft vectored the ship to intercept the boat, which increased speed and tried evasive maneuvers to avoid arrest.

The coast guard ship, however, intercepted the vessel and found it to be of Myanmarese origin. It was engaged in illegal fishing in the Indian Exclusive Economic Zone (EEZ), it added.