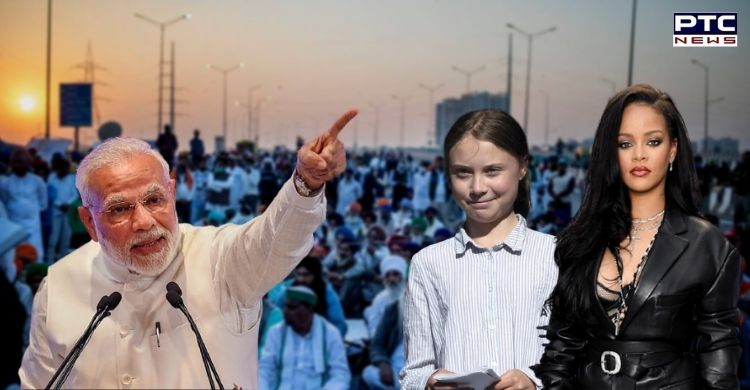 Day after foreign celebrities including Rihanna and Greta Thunberg tweeted on farmers protest in India, the Ministry of External Affairs India on Wednesday issued a notification asking them to ascertain all the facts.

The MEA stated that "It was unfortunate to see vested interest groups trying to enforce their agenda on these protests, and derail them. This was egregiously witnessed on January 26." 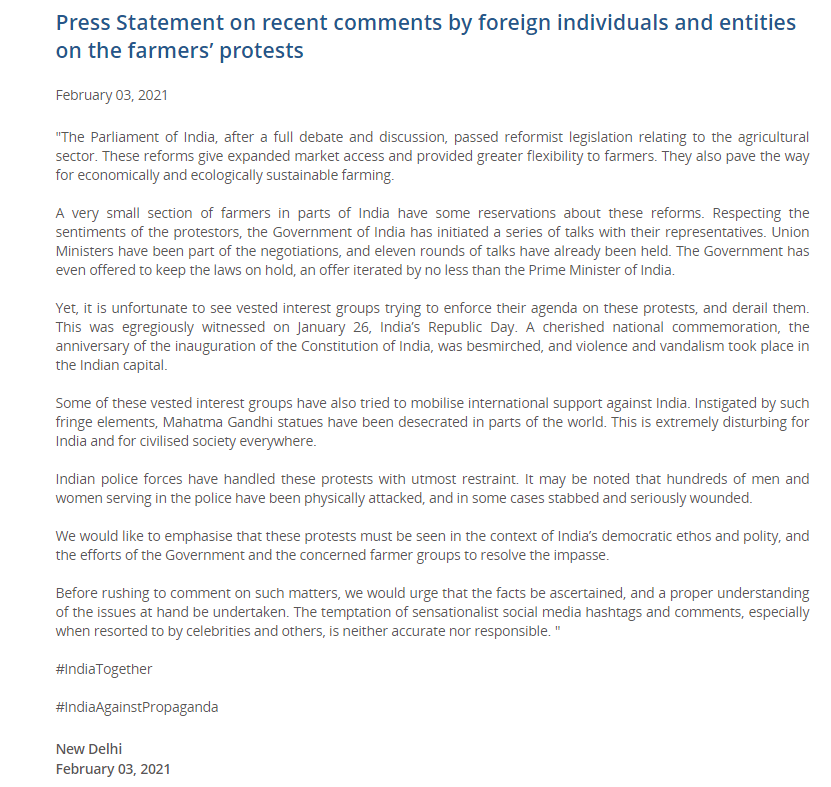 "Some of these vested interest groups have tried to mobilise international support against India. Instigated by such fringe elements, Mahatma Gandhi statues have been desecrated in parts of the world. This is extremely disturbing for India and for civilised society everywhere," the Ministry of External Affairs India added.

The notification further stated that "Parliament of India, after a full debate and discussion, passed reformist legislation relating to the agricultural sector. These reforms give expanded market access and provided greater flexibility to farmers." "The temptation of sensationalist social media hashtags and comments, especially when resorted to by celebrities and others, is neither accurate nor responsible," it cautioned.

"Before rushing to comment on such matters, we urge that facts must be ascertained and a proper understanding of issues at hand be undertaken," it said, adding that "The temptation of sensationalist social media hashtags and comments, especially when resorted to by celebrities and others, is neither accurate nor responsible."