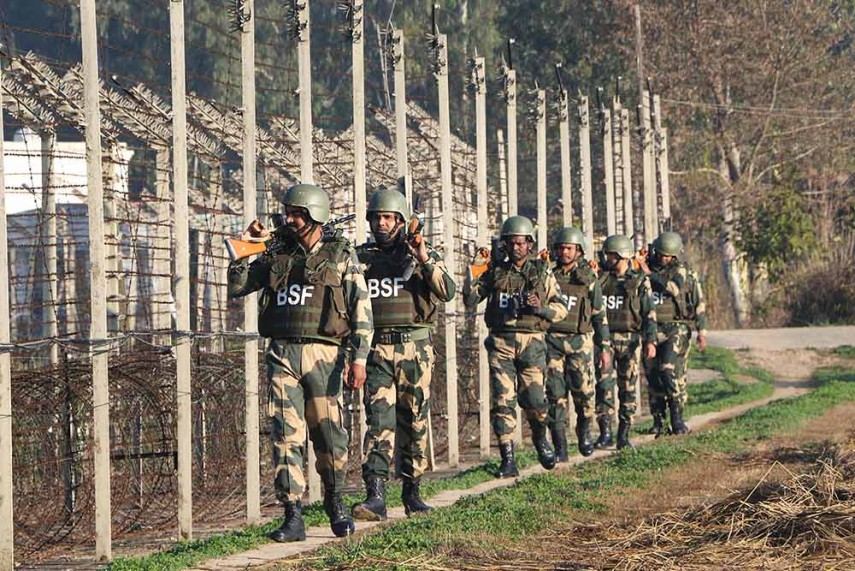 Three soldiers of the Indian Army and a Border Security Force (BSF) personnel were killed and two terrorists gunned down after an encounter in Jammu and Kashmir’s Machil sector. The officials said, the operation is currently underway.

A BSF spokesperson said that constable Sudip Kumar lost his life during the operation, which began on Saturday night when security personnel stationed at Machil spotted suspicious movement near the Line of Control (LoC) fence.

Army spokesperson Colonel Rajesh Kalia had mentioned earlier said that one terrorist was killed in the joint operation and they have also recovered an AK assault rifle and two bags. He said that the terrorists were first intercepted on late on Saturday night after the troops had spotted them trying to infiltrate.

According to officials, more security personnel has been rushed to Machil.