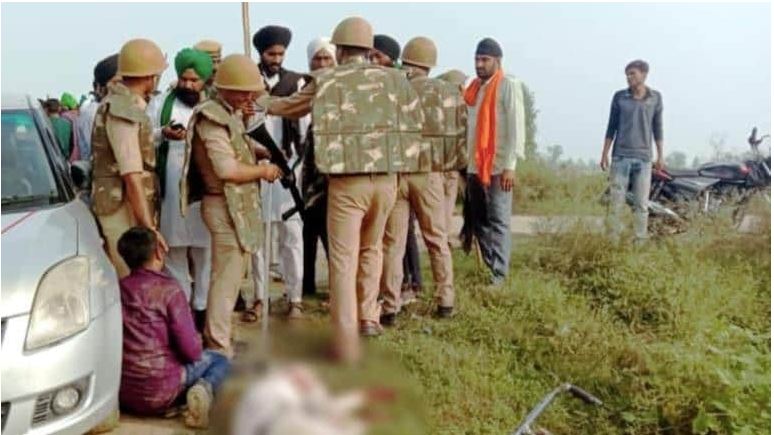 Lakhimpur Kheri: Punjab Chief Minister Charanjit Singh Channi and his Chhattisgarh counterpart Bhupesh Baghel on Wednesday announced a compensation of Rs 50 lakh each for next of kin of four farmers, who died during a protest at Lakhimpur Kheri in Uttar Pradesh on October 2.

Besides, the compensation has also been announced for the family of a 28-year-old journalist, who was among eight persons killed in the protest at Lakhimpur Kheri.

"We stand with the families of the farmers who have been 'murdered'. On behalf of the Punjab Government, I announce Rs 50 lakh each to next of kin of the deceased farmers and to the family of the journalist."

The four farmers, who died during the Lakhimpur Kheri protest, were identified as Gurwinder Singh (19), Lovepreet Singh (20), Daljeet Singh (35) and Nachatar Singh (60). The mortal remains of three of them were cremated on October 5.

On the other hand, the journalist has been identified as Raman Kashyap, who worked with a private TV channel. He was a resident of Nighasan tehsil of Lakhimpur Kheri district.

His father Ram Dulare said his son was covering the farmers’ protest on October 2 when he was hit by a vehicle and got grievously injured. He could not be traced for a while after the event and was admitted to the district hospital. However, he succumbed to his injuries the next day and his body was identified by his father later. Democracy is in our veins, it is in our culture, says PM Modi