Neha Kakkar reveals truth about her pregnancy, flaunts baby bump in another picture 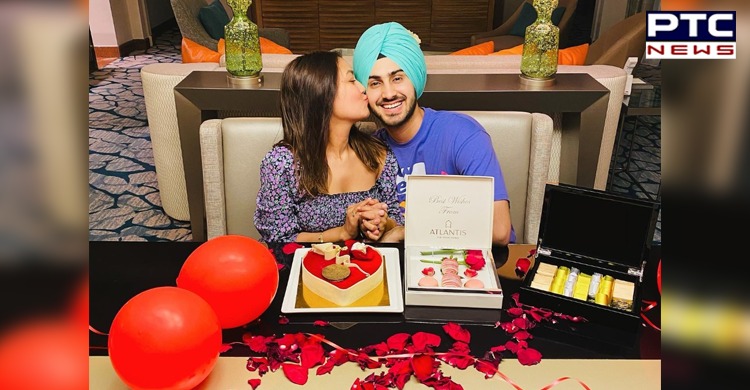 Neha Kakkar reveals truth about her pregnancy, flaunts baby bump in another picture

Several people started commenting congratulatory messages to Neha Kakkar and her husband Rohanpreet Singh. However, some of them were still thinking that it was a promotional act for her upcoming music video.

So, is Neha Kakkar pregnant or not? No, of course. On Saturday morning, Neha shared another picture in the same pose but this time she announced it as the poster of her new music video titled Khyal Rakhya Kar.

Khyaal Rakhya Kar was also the caption on Rohanpreet’s post that led to the speculations around the couple’s pregnancy. Singh simply wrote #KhyalRakhyaKar in his new post and mentioned that the song will be out on December 22.

The news of her pregnancy had gone viral in no time with people even taking to Twitter to share memes and mocking the couple for embracing pregnancy within two months of marriage.

Also, some of the netizens dragged in cricketer Hardik Pandya for being a daddy just six months after announcing his engagement with Natasa Stankovic.

Neha and Rohanpreet have been teasing their fans and creating buzz around their new projects. Before her wedding in October this year, she had left her fans in a confusion by sharing a picture of herself with the caption #NehuDaVyah.