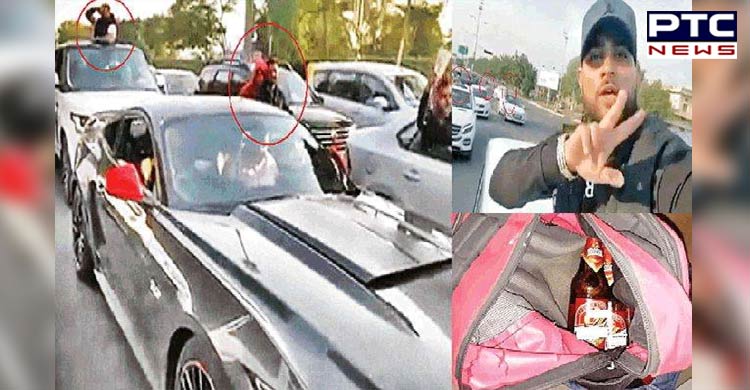 Soon after Punjabi singer Elly Mangat landed himself into controvery, Karan Aujla has hit the headlines. Aujla and his fans created nuisance on the airport road by violating the traffic rules on Friday. After verifying the CCTV footage and the videos filmed by Aujla, the district police said that an appropriate action would be taken against him.

SP (Traffic) Guriqbal Singh said that there were pressure horns installed in their cars. Also, he said they were overspeeding and jumping the traffic lights. So far, eight cars have been identified on which the action will be taken and challans will be issued, said Guriqbal.

As per reports, Karan Aujla landed at the Chandigarh International Airport on Friday where his fans were waiting for him. Soon after he left the airport, his fans started following his vehicle to which Aujla started making videos of the same.

This led to the disturbance in the flow of traffic. The Airport road is also an accident prone area. The video filmed by Aujla in which fans are seen creating nuisance, went viral on social media. Eventually, the video reached the police. Meanwhile, the DSP (Traffic) Guriqbal Singh said that an action will be taken against the singer if he is found guilty of violating any traffic rules.

He also said that they have received some of the videos in which Aujla was filmed making videos while standing in his car and his fans creating nuisance.