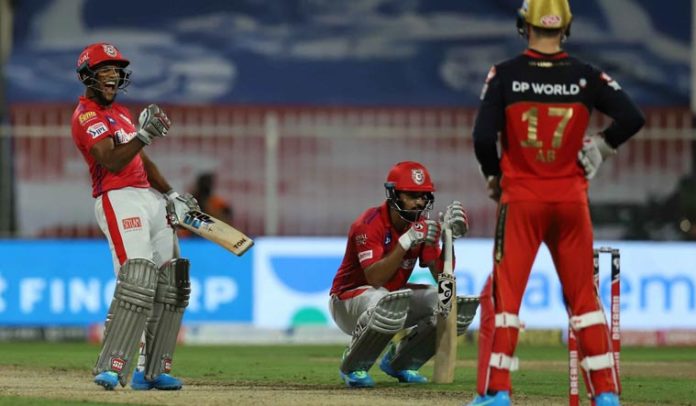 Kings XI Punjab (KXIP) seem to return to form after they beat Royal Challengers Bangalore (RCB) by eight wickets in Match 31 of the Dream11 Indian Premier League (IPL) 2020 at the Sharjah Cricket Stadium on Thursday.

KXIP moved to 170/1 after 19 overs and needed just 2 runs to complete their second win. But, Chahal, bowling the final over, held his nerve and did a remarkable job as KXIP could only score a run from the first five balls and also lost Gayle after he was run out on the penultimate delivery.

There was 1 needed from the last ball, there was a possibility of yet another Super Over. But, Nicholas Pooran slammed a six on the final ball and took KXIP home.

KXIP needed 172 runs to win, the openers KL Rahul and Mayank Agarwal made a watchful start as KXIP scored 5 from the first two overs. 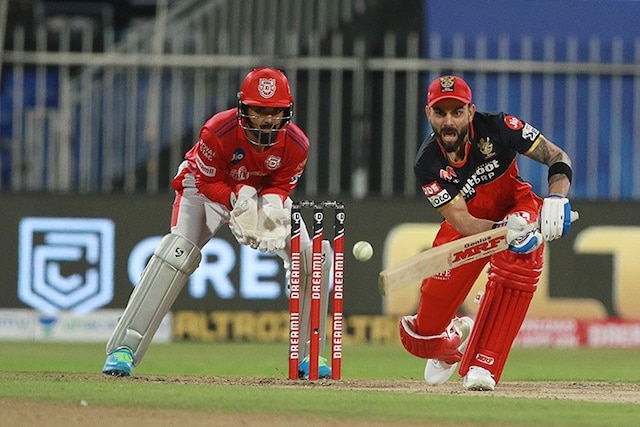 Rahul, then creamed a six off Chris Morris in the third over as KXIP moved to 18/0. RCB introduced spin into the attack in the fourth over and Mayank opened his shoulders as he scored two fours and a six off Yuzvendra Chahal.

Rahul and Mayank hit two sixes and a four between them in the next two overs and completed yet another fifty-run stand as KXIP moved past fifty at the end of the six overs.

RCB kept the things extremely tight in the next three overs, allowing KXIP only 10 runs.

While RCB bowled two quite overs, conceding just seven runs, Gayle took on Siraj in the 16 over, hitting two sixes and a four and in that process, brought up the fifty-run partnership with Rahul. Earlier, Punjab made three changes to their side as Deepak Hooda, Chris Gayle and Murugan Ashwin were named in the playing XI. Meanwhile, RCB remained unchanged.