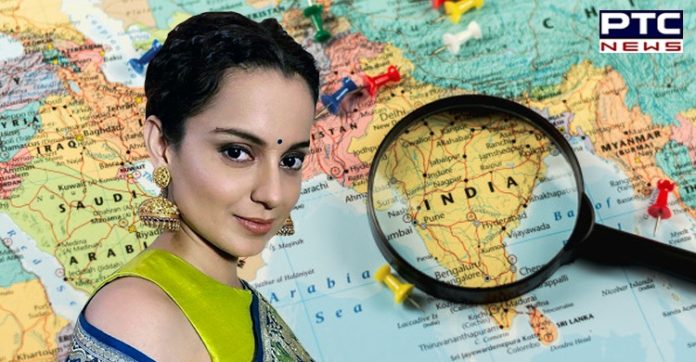 Kangana Ranaut who is known for her blunt and bold comments has sparked a row as she wants India‘s name to be changed to ‘Bharat‘.

Tanu Weds Manu actress took to her Koo account to share her views on changing the name of the country ‘India’ to ‘Bharat’. She explained why she was demanding the reason to change the country’s name. 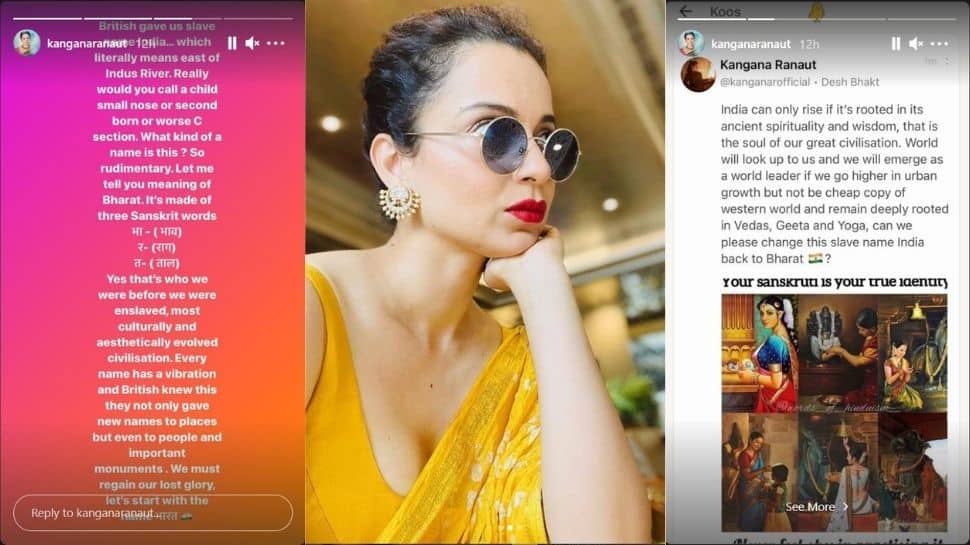 She took to her Instagram stories to share the screenshots of her Koo account which read as, “India can only rise if it’s rooted in its ancient spirituality and wisdom, that is the soul of our great civilization.” “The world will look up to us and we will emerge as a world leader if we go higher in urban growth but not be a cheap copy of the western world and remain deeply rooted in Vedas, Geeta, and Yoga, can we please change this slave name India back to Bharat,” she added.

Likewise, she shared pictures of a woman during old times along with his caption.

She further commented, “British gave us slave name India… which literally means east of Indus River. Really would you call a child small nose or second-born or worse C section? What kind of a name is this? So rudimentary. Let me tell you the meaning of Bharat. It’s made of three Sanskrit words BH (bhav), Ra (rag), ta (tal). Yes, that’s who we were before we were enslaved, the most culturally and aesthetically evolved civilization.”

“Every name has a vibration and British knew this they not only gave new names to places but even to people and important monuments. We must regain our lost glory, let’s start with the name Bharat,” she added.

On the cinematic front, Kangana Ranaut will mark her digital debut as a producer with the film ‘Tiku Weds Sheru’. Other than this she will be next seen in ‘Tejas, Dhaakad, and Thalaivi’.