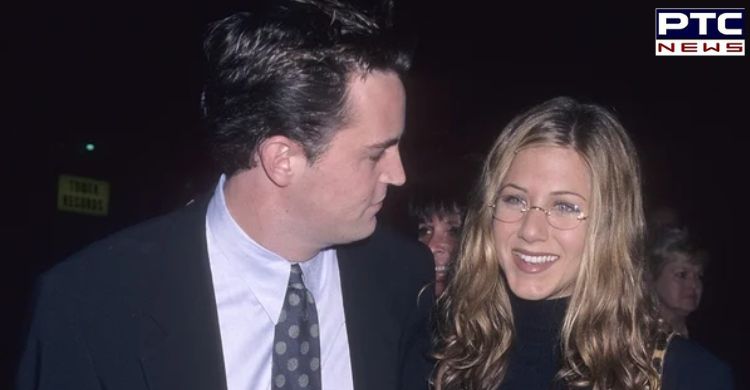 Washington (US), October 22: 'Friends' actor Matthew Perry has credited his co-star Jennifer Aniston for trying to help him with his drinking problem.

According to Deadline, Perry recalled the moment Aniston, whom he refers to as "Jenny," confronted him about his problem in a trailer for an interview with ABC News journalist Diane Sawyer. Sawyer reminded Perry, "We know you're drinking." Perry confirmed the incident, saying, "Imagine how scary it was. You know, she was the one that reached out the most. I'm really grateful to her for that."

Perry has recently opened up about his struggles with addiction. The actor tells everything in his new book, 'Friends, Lovers, and the Big Terrible Thing: A Memoir,' which will be released on November 1.

Perry previously told People magazine that when 'Friends' first aired, he was in the early stages of alcoholism. That problem deteriorated over time, to the point that his colon burst four years ago due to opioid abuse, according to Deadline.

The actor was in a coma for two weeks, hospitalised for five, and had to wear a colostomy bag for nine months.

Perry reportedly told Sawyer in the trailer that he used to take "55 Vicodin a day," as well as Methadone, Xanax, and a full quart of vodka.

"At the time, I should have been the toast of the town. Instead, I was in a dark room meeting nothing but drug dealers, and completely alone," said Perry, who claims he's sober now, as per Deadline.