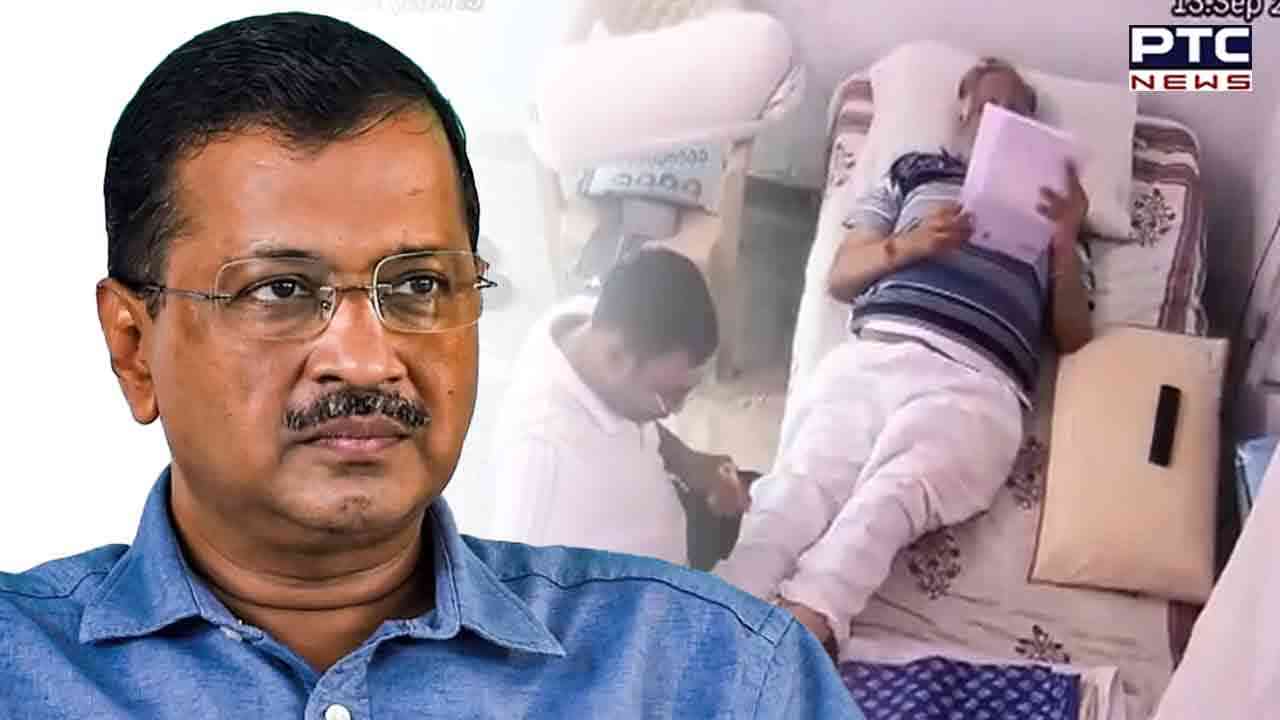 Vadodra, November 22: Delhi Chief Minister Arvind Kejriwal on Monday refuted the BJP's claims of VIP treatment given to jailed minister and Aam Aadmi Party (AAP) leader Satyendar Jain, saying the viral video from inside Tihar jail is of Jain receiving 'physiotherapy' and not 'massage' as alleged by the saffron party.

Speaking to reporters in Vadodra on Monday, the AAP national convenor said, "They are calling it a massage and VIP treatment, but it's merely physiotherapy." He further alleged that Home Minister Amit Shah was the one who received VIP treatment in Gujarat.

"When Amit Shah was minister here in Gujarat, he received VIP treatment here, no such thing has happened for Jain," he said.

Earlier on Saturday, a CCTV video of Jain purportedly receiving a full-body massage in Tihar Jail went viral on social media -- two days after demands to shift the minister from the prison were raised by the BJP.

Delhi Deputy Chief Minister Manish Sisodia backed the minister, saying that Jain was undergoing physiotherapy. He had also accused the BJP of leaking the CCTV footage saying Jain was receiving a 'physiotherapy' because of a spinal injury.

The purported CCTV footage dated September 13 shows the minister lying on his bed while a man seated next to him is seen massaging his foot.

In another video shared by BJP national spokesperson Shehzad Poonawalla on his official Twitter handle, a man is seen massaging the Delhi minister's legs and back before proceeding to give him a full head massage.

The videos surfaced on social media on Saturday, 10 days after the ED accused the Delhi minister, was was arrested in a money laundering case, of getting special treatment inside the Tihar jail.

Jain has been in jail since June. A Delhi court denied his bail application on November 16.