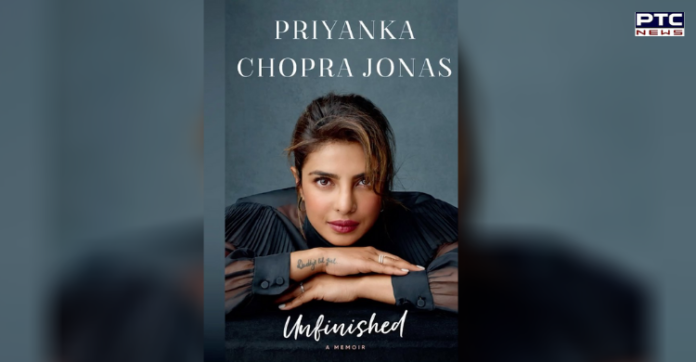 Actor Priyanka Chopra has shared that her memoir, Unfinished, has become the best-selling book on Amazon US, within 12 hours of being made available for pre-order. Unfinished is expected to arrive in January.

She tweeted, “Thank you all for taking us to number 1 in the US in less than 12 hours! I hope you all love the book,”

Thank you all for taking us to number 1 in the US in less than 12 hours! I hope you all love the book. ❤️ https://t.co/HHckbxxRSv

…And so, while you’ll definitely learn about how I became me during the “in between” of what you haven’t seen, I also hope you’ll walk away with the confidence of knowing that IT’S OK to pick up, walk away, leave things unfinished, and move on to what’s next if that’s what your journey requires to get to the next destination. We all have a different story to tell, this is my story, and I am #Unfinished. PRE-ORDER NOW! (link in bio)

The latest series of posts shared by Priyanka Chopra, feature pictures of Priyanka from her crowning moment, her wedding, videos from her visits as UNICEF ambassador and more.

“We all have a journey and a story to tell. #unfinished,” she wrote in the caption.

Unfinished will be published by Penguin Random House.

The actress has many film projects lined-up, which include Netflix’s adaptation of Aravind Adiga’s Booker Prize-winning novel The White Tiger, co-starring Rajkummar Rao.
She will also be seen in We Can Be Heroes and a film with comedian Mindy Kaling.