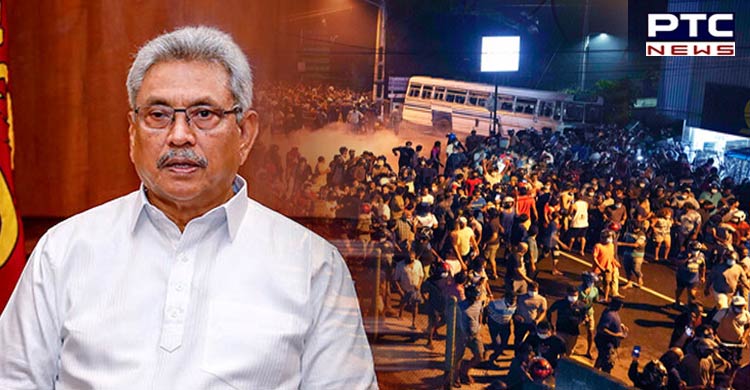 The Gazette has been issued considering the prevailing situation in the country and in the interests of public security, the protection of public order and the maintenance of supplies and services essential to the life of the community, Daily Mirror reported. It further reported that Sri Lankan President has issued the gazette under the powers vested in him by Section 2 of the Public Security Ordinance (Chapter 40), as amended by Act. No. 8 of 1959. Law No. 6 of 1978 and Act, No.28 of 1988.

Several protestors gathered outside the residence of Sri Lankan President Gotabaya Rajapaksa on Thursday as the island nation faces an unprecedented economic crisis.

The protest was staged over the government's failure to address the existing issues in the island nation. The protesters clashed with the police outside the residence of President Rajapaksa in Mirihana.

After the protest, at least ten people were injured including journalists.

Sri Lanka's economy has been in a free fall since the COVID-19 pandemic due to the crash of the tourism sector.

Sri Lanka is presently facing a foreign exchange shortage which has led to a food, fuel, power and gas shortage and has sought the assistance of friendly countries for economic assistance.

Sri Lanka is witnessing at least 10-hour daily power cuts. Sri Lanka's currency has been also devalued by almost SLR 90 against the US dollar since March 8.