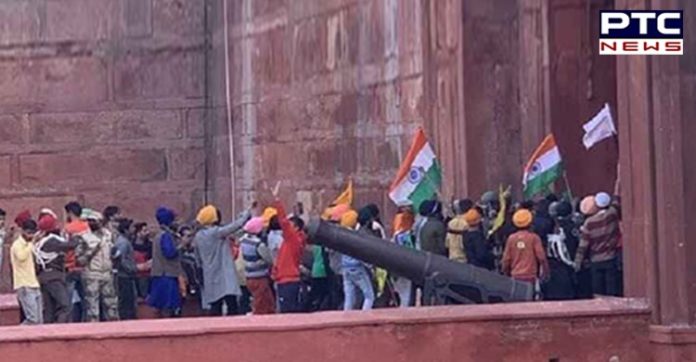 Violence has erupted at the Red Fort and a major clash has occurred between Delhi Police and Farmers. The Delhi police has now lathi charged on the farmers and tear gas is also being used on the farmers. According to the sources, firing has been started by the Delhi police and two farmers have been injured. A lot of Ambulances have reached inside the Red Fort. The police is trying to take the injured farmers to the hospital.

A lot of police force has entered the Red Fort and is trying to control the farmers.

The farmers’ tractor rally in Delhi started in the morning and whereas a lot of farmers are protesting peacefully, a lot of them entered the Red Fort and tried to hoist the Kisan flag. The protestors are breaking the barricades and making their way ahead.