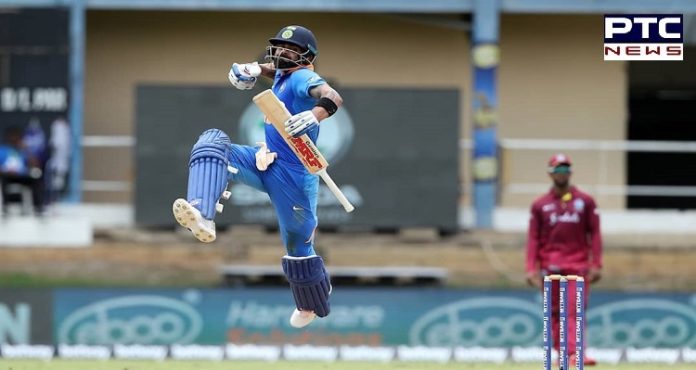 Virat Kohli during India vs West Indies 2nd ODI scored his 42nd ODI century and registers plethora of records in front of his name. The second ODI was being played at Queen’s Park Oval, Port of Spain, Trinidad, where Men In Blue marked the victory by 59 runs followed by DLS method. Since first ODI was washed out, India has now taken a lead by 1-0 in the 3-match ODI series. Meanwhile, Virat Kohli, who hammered the 42nd century, was his 8th ODI century against West Indies.

Also, Virat Kohli has scored 2000 runs against West Indies, and hence, he has become the only Indian batsman to achieve the mettle, following Sachin Tendulkar, who has topped the list.

Earlier, it was Brian Lara, who scored 116 runs against Sri Lanka at Bridgetown, in 2003. Meanwhile, India has got the lead and will face West Indies in the third ODI, which is scheduled to be played at Queen’s Park Oval, Port of Spain, Trinidad, on August 14.