The Secret Service agents escorted the US President Donald Trump out of the White House briefing room shortly after the start of a news conference.

After returning to the news conference, Donald President Trump informed reporters that there was a shooting outside the White House.

The US President had said that “There was a shooting outside White House and seems to be very well under control. I would like to thank the Secret Service for doing their always quick and very effective work. Somebody has been taken to hospital. Seems the person was shot by the Secret Service.”

#WATCH US: Secret Service agents escorted President Donald Trump out of White House briefing room shortly after the start of a news conference.

After returning to the news conference, President Trump informed reporters that there was a shooting outside the White House. pic.twitter.com/msZou6buGP

He further said that “We have tested around 65 million people and no country is even close to that number. India would be second at 11 million (tests) and they have 1.5 billion people… I feel strongly that we will have a vaccine by the end of the year.”

Trump also said that “We are upset with China because of what they did. China was not good. Iran will make a deal with us in a month if we win the election and to be very honest, I don’t know if we want to have a deal with China.” 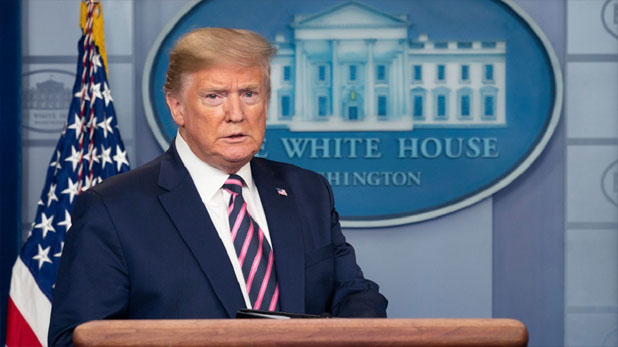