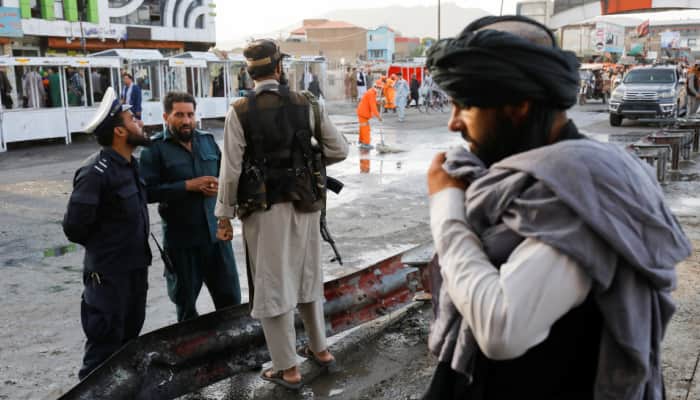 Kabul , September 11: Taliban crashed a Blackhawk chopper in Afghanistan's Kabul on Saturday afternoon during a training exercise, leaving three people dead, said the Taliban's Ministry of Defence in a statement.

The Blackhawk chopper reportedly crashed inside a military training base in Kabul, which not only caused casualties but also injured two, Khaama Press reported. the Taliban also took control of some US-made aircraft after they seized the country last year in August.

The incident was later confirmed by the Taliban's Ministry of Defence as the outfit gave it a name of technical error.

As per Khaama Press, the press release published by the Ministry of Defense confirmed the death of 3 people including 2 pilots and the injury of another 2 individuals.

This comes as several Afghanistan National Security Defense Forces (ANSDF) choppers remained in the hands of the Taliban while most of them were flown to neighbouring countries like Tajikistan and Uzbekistan last year as the Taliban took control of Afghanistan.

Moreover, the Taliban also took control of some US-made aircraft after they seized the country last year in August.

On August 15th 2021, Afghanistan's republic administration collapsed after the former president of the country Mohammad Ashraf Ghani fled to the UAE.

Earlier, in the month of June, the Taliban official Amir Khan Muttaqi, along with his delegation, left for Qatar to discuss with the US officials the release of withheld Afghan assets.

After the Taliban seized the nation by force last year, the US froze Afghan reserves. The militants-turned-politicians are currently working to restore the nation's economy which has been ravaged by sanctions imposed and isolation.

US President Joe Biden decided to split USD 7 billion of the frozen Afghan assets to fund humanitarian relief in Afghanistan and compensate victims of the September 11, 2001 attacks.
Afghanistan is currently grappling with a serious humanitarian crisis according to international assessments with more than 23 million in need of assistance. Although the fighting in the country has ended, serious human rights violations continue unabated, especially against women, children and minorities