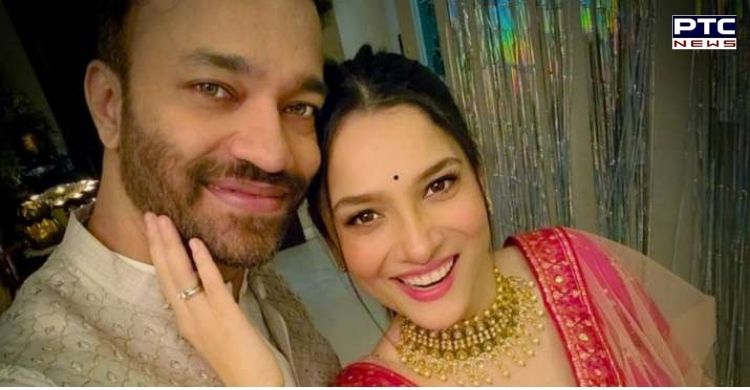 New Delhi: TV star Ankita Lokhande is all set to marry her boyfriend Vicky Jain this month. Since their pre-wedding rituals have begun, Ankita Lokhande has been updating her Instafam with pictures.

On December 4, she shared mushy pictures with her boyfriend Vicky. "Bas yu hi," she captioned the post. She can be seen dressed in a red saree while Vicky Jain can be seen complementing her in a black suit. Her fans filled the comments section with evil eye and heart emojis.

Have a look at photos 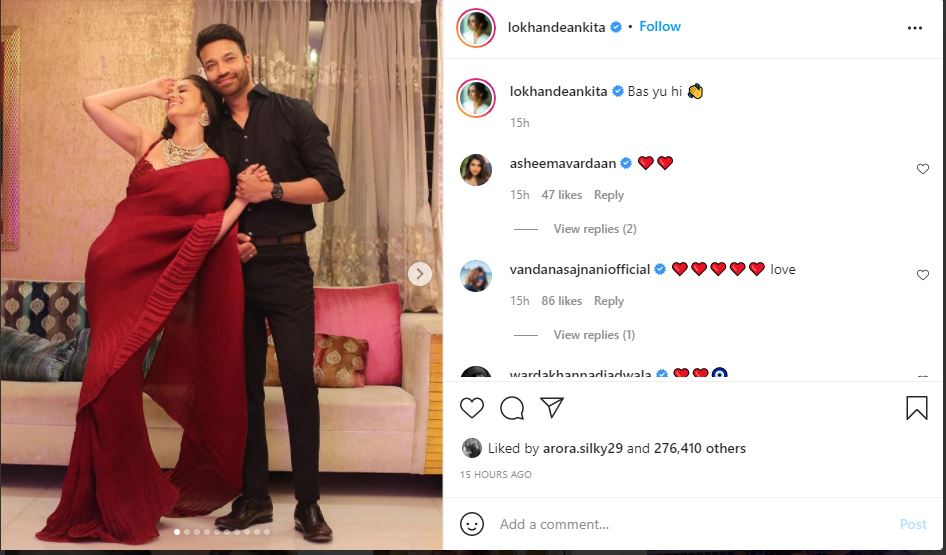 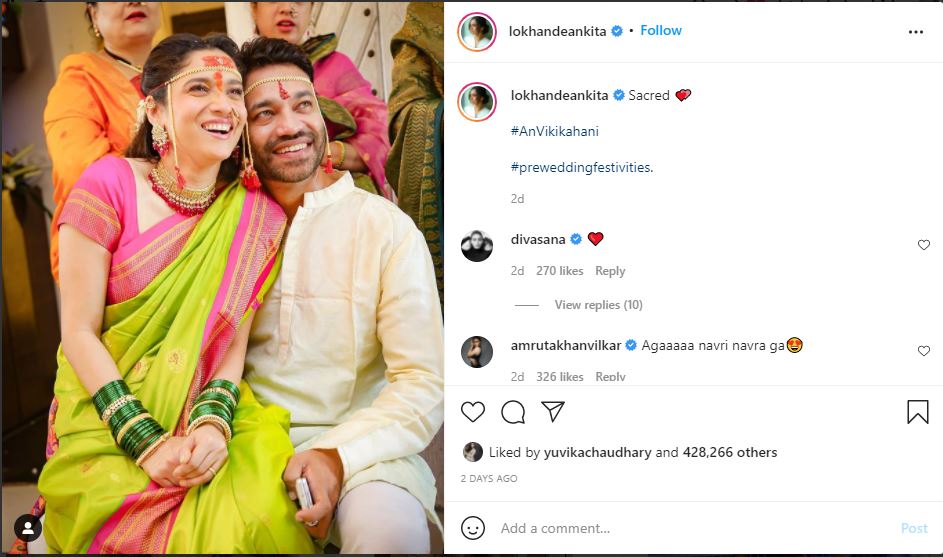 Currently, Ankita is seen in the second season of 'Pavitra Rishta', which ran between 2009 and 2014. While Ankita Lokhande reprises her role as Archana in the new show, Shaheer Sheikh steps into the shoes of late actor Sushant Singh Rajput, who played the role of Manav. Ankita Lokhande is a popular name in the Hindi TV industry. In the first season of popular television show 'Pavitra Rishta', she co-starred with late actor Sushant Singh Rajput. They dated for six years and parted ways in 2016. She is all set to marry her boyfriend Vicky Jain this month.

She made her Bollywood debut with Kangana Ranaut's 'Manikarnika: The Queen Of Jhansi' on 2019.