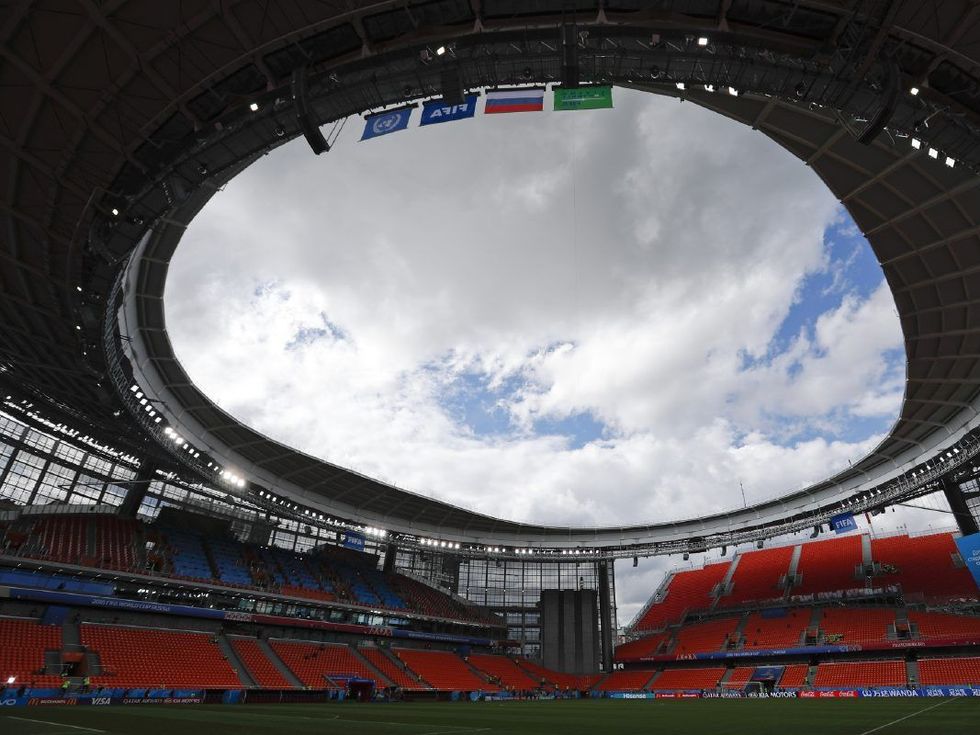 The massive scaffolding seating structures soaring out of each end of Yekaterinburg Arena were built to show Russia was serious about saving money. At the end of the World Cup, the temporary stands symbolize the problems with the tournament's legacy.

The stands were mocked on social media as fans sitting in those sections were exposed to the elements and looked as if they were watching from a different stadium entirely. No matter. It was fiscally responsible: The seating could be dismantled after the World Cup to save on stadium maintenance, its components donated to smaller local venues. 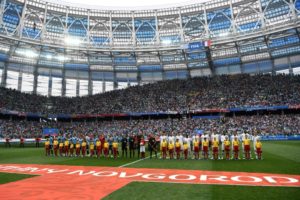 But now regional officials say they don't yet have a plan to remove the stands, or the funds to do it, and are asking Moscow to help.

The stadium used to host soccer and other sports like track and field, but after World Cup renovations it's only suitable for soccer. It costs up to 367 million rubles ($5.9 million) a year to maintain.

"Just by football you cannot make money at this stadium. It will never pay off by football matches only," Deputy Governor Sergei Shvindt told The Associated Press. He hopes concerts and shows will eventually cover, or at least reduce, the shortfall.

After reaching the quarterfinals, Russia may have newfound confidence on the soccer field. Its cities, though, could end up burdened with costly arenas.

Maintenance costs for other stadiums have soared, too, and local officials are pleading for help from the federal government.

The stadium in Samara appears the most expensive at around $8 million a year, according to an estimate acting governor Alexander Fetisov gave the state news agency Tass.

The Russian government remains tight-lipped on how stadiums will be maintained, but World Cup organizing committee chairman Arkady Dvorkovich said Wednesday that Russia must keep spending to avoid a repeat of 2014 host Brazil's under-used, poorly maintained and loss-making stadiums.

"You can't throw the stadiums away. You have to work on them every day and be responsible with them," he said, "and sadly in Brazil they didn't have the resources to do that at several stadiums."

Volgograd's stadium cost around $276 million - or $69 million per World Cup game it hosted. The capacity of 45,000 is nearly 12 times greater than the average crowd for club team Rotor Volgograd's games last season.

Nizhny Novgorod, Sochi and Kaliningrad face similar problems in a country which has Europe's biggest population but crowds at its top-level soccer games barely average more than the main Belgium league. Of the 12 World Cup stadiums, just six will host Premier League games next season.

Russia hopes its new arenas will attract people who don't usually go to soccer games, but have been inspired by the World Cup. However, they'll arrive with high expectations.

"The World Cup's role is to set a new standard," economist Konstantin Sonin said.
"People who've come to the stadium during the World Cup will expect much more in the future at the stadium than it was before. It's the most important thing for Russian football because the top European leagues which make huge money on TV rights and fans at games have all come through this gentrification stage."

Most Russian clubs are funded by regional governments or state-owned companies. Spending big on transfer fees might draw fans to the stadium but risks a backlash from taxpayers if players make millions from public money.

Spartak is Russia's biggest and best supported club but in the 2016-17 season it made just 579.4 million ($9.25 million) from ticket sales, barely a dent in players' wages. TV rights for Russian competitions are among the least valuable of any large European country.

The Russian government is hoping for a broad economic boost from the World Cup thanks to extra tourism and the spending on new infrastructure. The size of that boost is disputed.

Dvorkovich's organizing committee presented a report predicting the economic impact could exceed $30 billion on spending of at least 683 billion rubles ($10.9 billion), but economists say it will be hard to separate the World Cup's impact from other factors.

For the government, prestige and a chance to rebrand Russia could be most valuable of all.

Negative stereotypes "simply collapsed" during the tournament, President Vladimir Putin said last week. "People have seen that Russia is a hospitable country that is welcoming to those who come here." (AP)