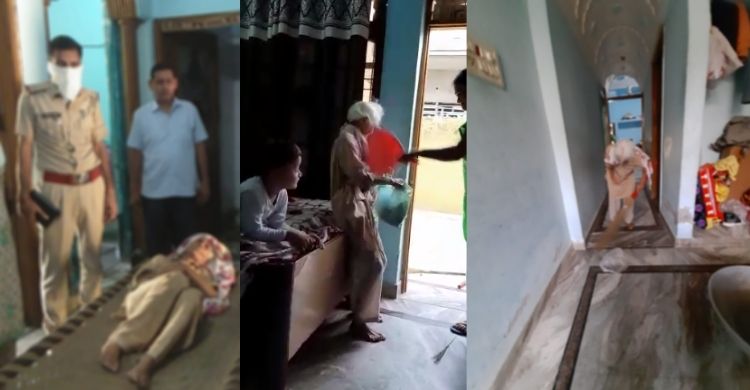 In a shocking video, an 82-year-old was seen tortured by her daughter-in-law, who is Auxiliary nurse-midwife (ANM), in Sonipat, Haryana. According to the information, the woman was a resident of Sector 23 in Sonipat.

This elderly woman seen in the video is unable to walk on her own. Still, his daughter-in-law used to force him to do household stuff and beat her badly for not working.

Meanwhile, Sector-23 police Station In-charge Katar Singh said that the woman has been working as a nurse in the health department. The accused woman has been arrested now and she has also confessed for the same. Now, the police will produce her before the court.

The video was also shared by Tajinder Pal Singh Bagga to find out the video's location. To this, Indian filmmaker Ashoke Pandit replied: "This sad incident is from Sonipat (Haryana). Police has already taken action. The daughter-in-law is absconding. Their grandchildren shot the video and made it viral. How can anyone be so inhuman?"