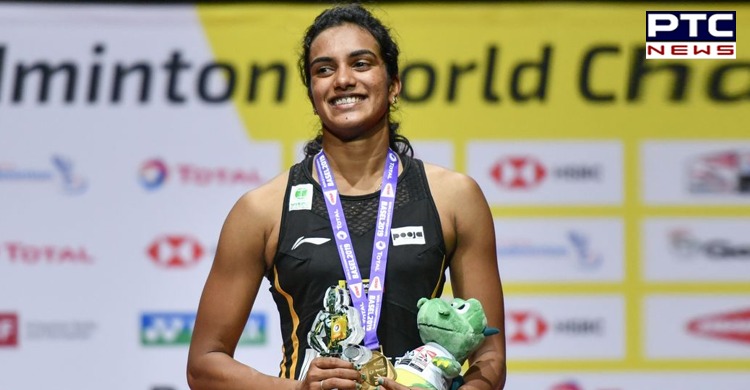 PV Sindhu Retirement? Ace Indian badminton player PV Sindhu shocked her fans on Monday as the Hyderabadi shuttler posted 'I retire' on her timeline. Sindhu wrote that the Denmark Open was the final straw.

The post regarding PV Sindhu Retirement has gone viral on social media and is one of the biggest talking points as of now. She wrote: "I’ve been thinking about coming with my feelings for a while now. I admit I have been struggling to deal with it. It just feels so wrong, you know. That’s why I’m writing today to tell you that I’m done."

"It’s understandable if you’re shocked or confused but by the time you finish reading this you would have learned about my point of view, and hopefully, will support it too," the badminton player PV Sindhu further wrote. 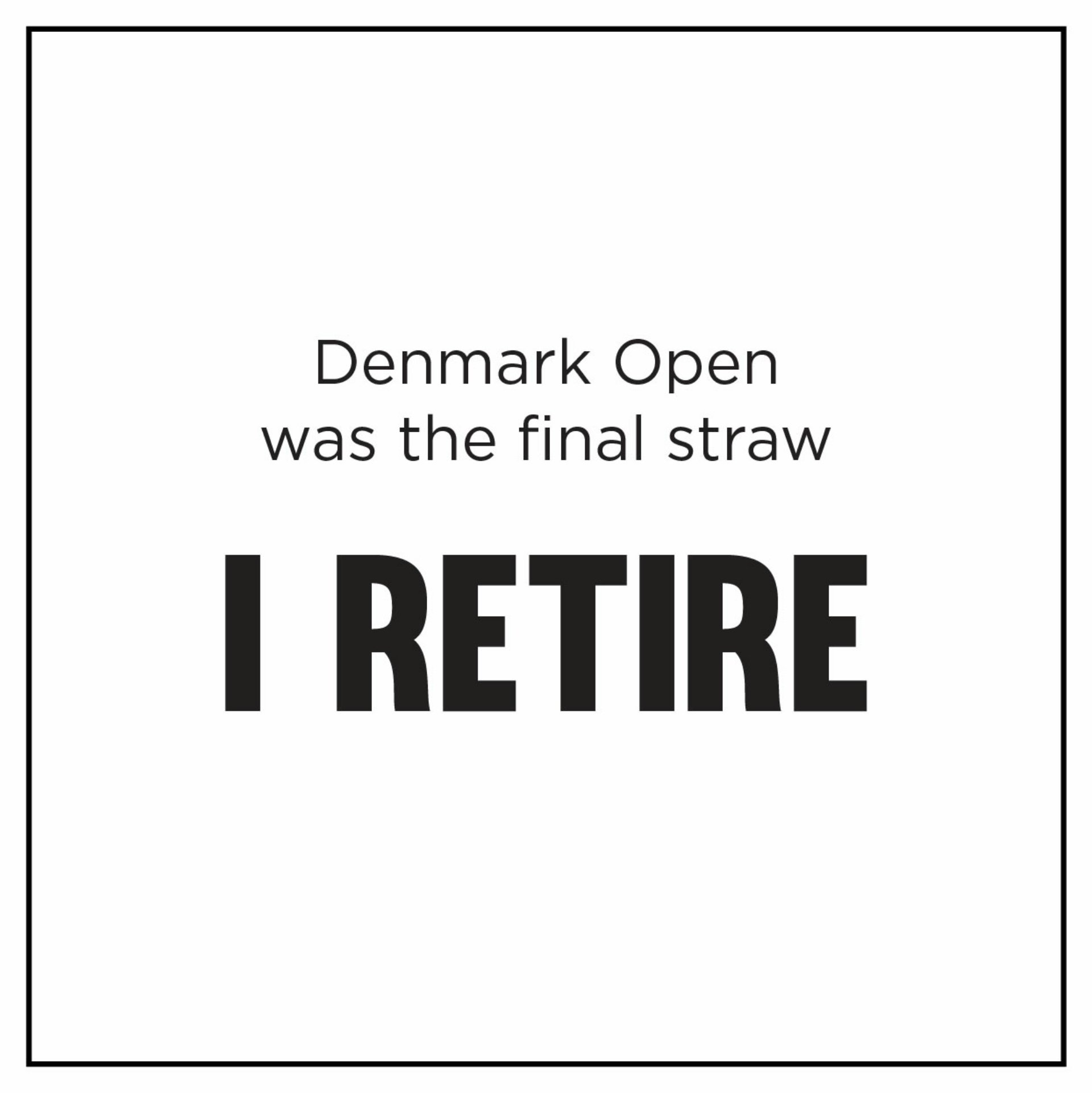 "This pandemic has been an eye-opener for me. I could train hard to fight the toughest of opponents, tooth, and nail, right till the final shot of the game. I have done it before, I can do it again. But how do I defeat this invisible virus that has the entire world in a fix? It has been months at home and we still question ourselves every time we step out," she added.

She further wrote: "Internalizing all this and reading about so many heart- breaking stories online has got me to question a lot about myself and this world we live in. Not being able to represent India in the Denmark Open was the straw." 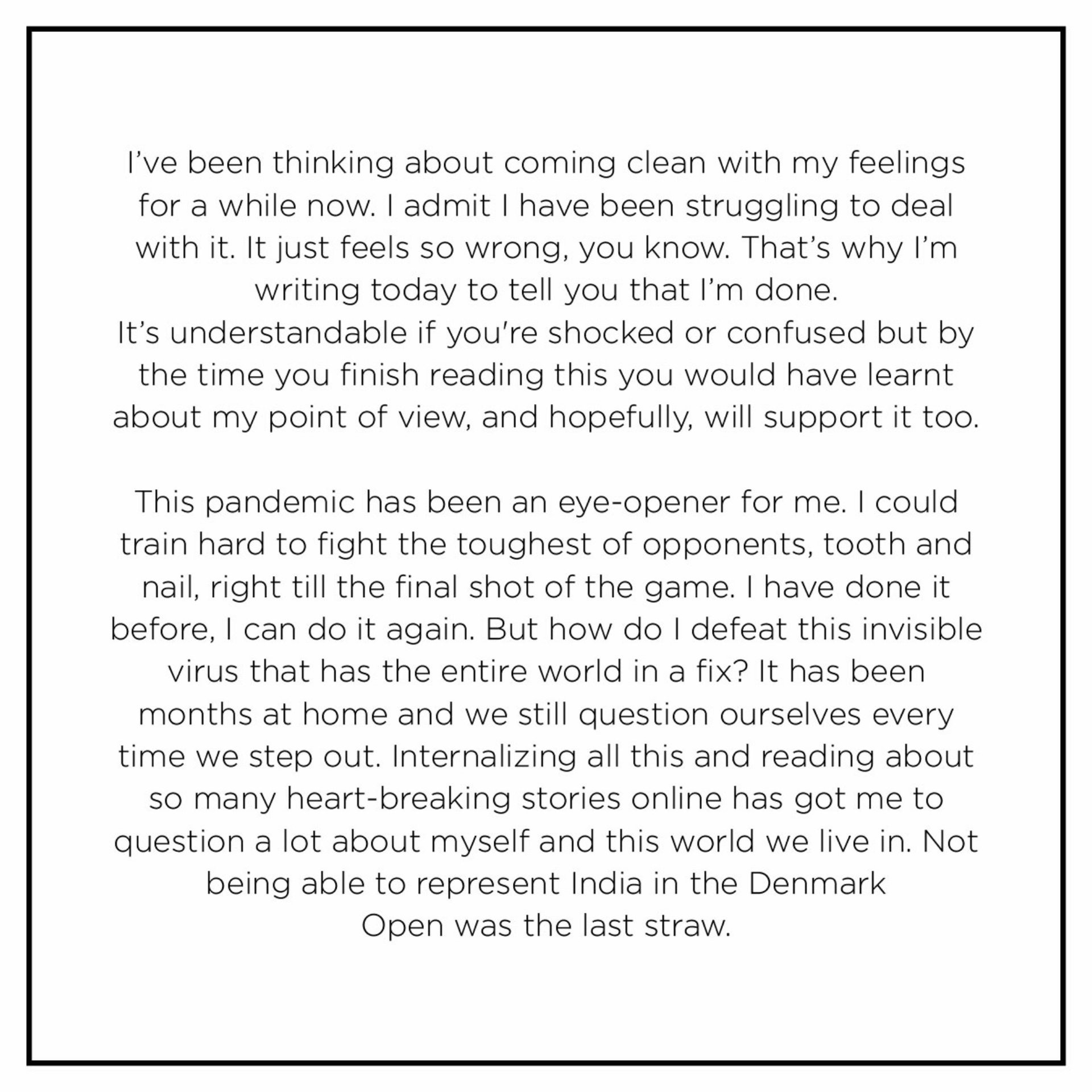 "I may have given you guys a mini- heart attack; unprecedented times require unprecedented measures. I guess I needed to get you guys to sit up and take notice. That being said, we must be hopeful about the light shining at the end of the tunnel," she added. 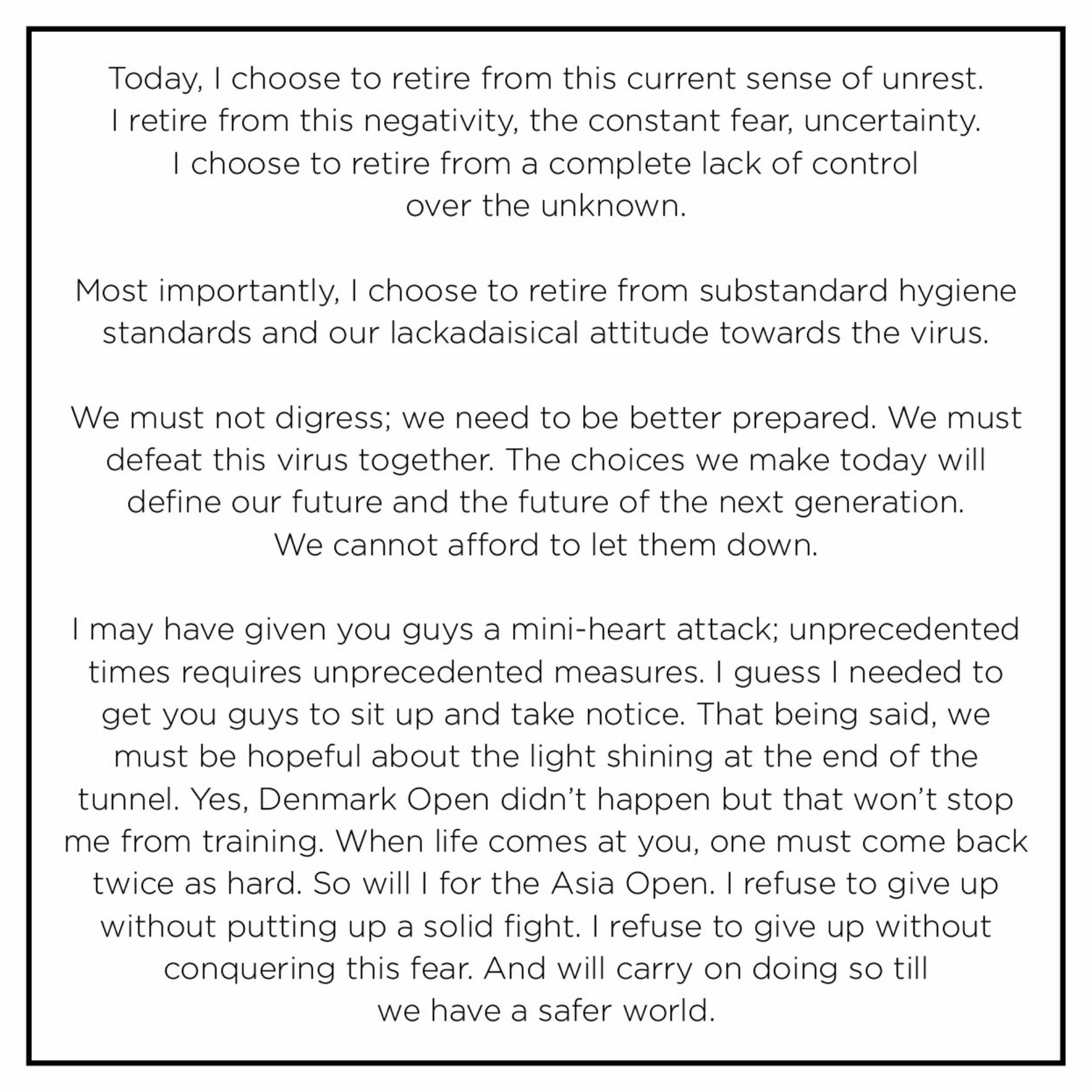 "Yes, Denmark Open didn’t happen but that won’t stop me from training. When life comes at you, one must come back twice as hard. So will I for the Asia Open. I refuse to give up without conquering this fear. And will carry on doing so till we have a safer world," she said.