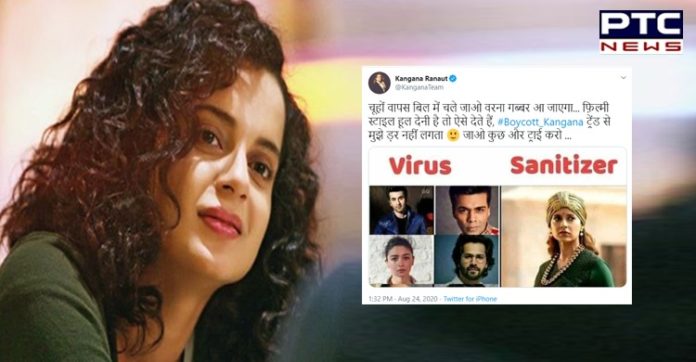 Twitter trend “Boycott Kangana” is emerging at the top. She has responded to Boycott Kangana, calling it an attempt by the ‘mafia’ to bring her down. She has often alleged the existence of a ‘mafia’ in Bollywood, and has openly said that they gang up on outsiders.

She tweeted, “Wonderful #Boycott_Kangana trending, chuhe bilon se bahar aa rahe hai. Chalo, thoda haath pair toh mafia bhi maaregi (the mice are coming out of their holes. Well, the mafia will try whatever it can).”

Last week, Kangana claimed that the ‘movie mafia’ was trying to get her Twitter account suspended, which is why she was using her ‘limited’ time on the micro blogging site to expose them. Earlier, her sister and manager Rangoli Chandel’s Twitter account was suspended for her controversial posts with communal undertones.

“My friends here may find my talks unidimensional, mostly directed at movie mafia,their antinational and Hinduphobic racket.I know my time is limited here,they can get my account suspended any minute, even though I have a lot to share but I must utilise this time to expose them,” Kangana wrote on Twitter.

Earlier talking about ‘Mafia’, Kangana had said that, “the ‘movie mafia’ attempted to destroy her financially, socially and professionally. She said that after she rose to the top position with the release of Tanu Weds Manu Returns, a legal case was ‘suddenly’ slapped on her, which led to her being dropped by 19 brands overnight.” 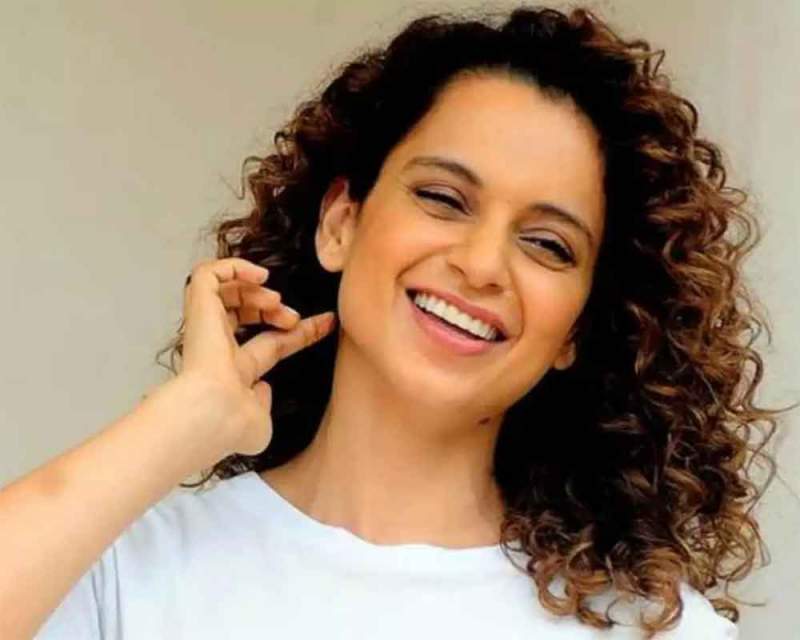 “Of course, that case did not go anywhere but all the brands dropped me. I had made some investments considering those contracts. I was in big trouble,” Kangana said.

Also Read | AIIMS Doctor: There was no time stamp on the autopsy report of actor Sushant Singh Rajput

“Then they started to claim, she is a man-eater, she sends her nude pictures, she is mixing her blood, she is a witch. Two days ago, I was a beautiful girl persuaded by many men. Suddenly, I see that maybe marriage is not an option for my life,” she said. She also said that Karan Johar ‘openly declared’, to applause and hooting, that she should leave Bollywood. She claimed that after these incidents, she had thoughts of ‘just shaving (her) head and disappearing’