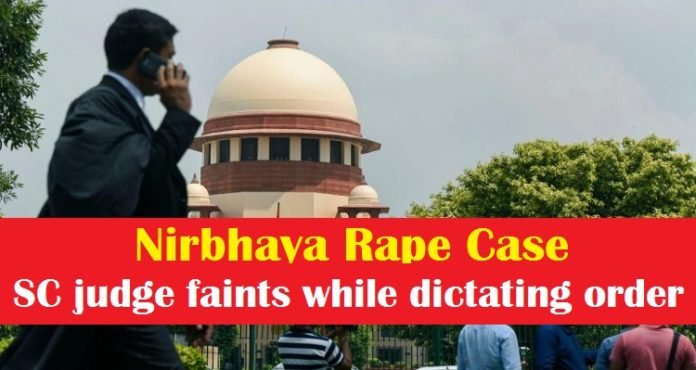 In a shocking incident, the Supreme Court judge Justice R Banumathi was fainted in the courtroom during the hearing in Nirbhaya rape case on Friday. The incident took place when Banumathi was announcing the order on Centre’s plea seeking separate execution of the four convicts in Delhi rape and murder case.

Justice R Banumathi was taken into the chamber after she was fainted during the hearing in Nirbhaya rape case in the Supreme Court on Friday.

The Solicitor General Tushar Mehta said that the Justice R Banumathi was suffering from high fever and she still has high fever. Also, Banumathi added that she is being examined by the doctors in the chamber. Furthermore, Tushar said that she was on a medication while she was hearing the case.

Meanwhile, the Supreme Court dismissed the petition of convict Vinay Kumar Sharma, who had challenged the rejection of his mercy petition by the President Ram Nath Kovind.

The apex court in its order stated that Vinay’s medical reports revealed that he is psychologically sound and his medical condition is stable. Therefore, the plea was dismissed following no merit in it. Vinay Sharma is one of the four convicts in Nirbhaya rape case. On February 1, President Ram Nath Kovind also rejected the mercy petition of convicts Akshay Thakur and Mukesh Singh.

Earlier, the Delhi High Court on February 5 gave seven days to the four convicts to exhaust all legal remedies available to them. Also, the top court said the convicts cannot be hanged separately.