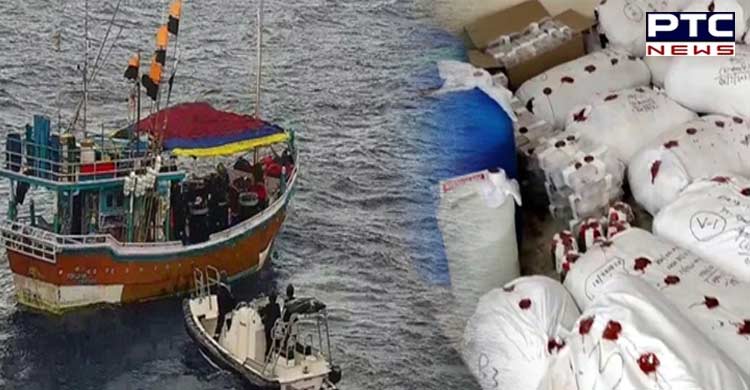 Ahmedabad, April 25: The Indian Coast Guard and the Gujarat Anti-Terrorist Squad have apprehended a Pakistani boat with nine crew members on board in the Arabian Sea near the state coast and seized heroin worth Rs 280 crore from the vessel, a defence spokesperson said on Monday.

The Indian Coast Guard ships intercepted and apprehended the Pakistani boat 'Al Haj' when it ventured into the Indian waters, the spokesperson said in a statement.

Officials found heroin worth Rs 280 crore on the boat. The boat and its crew members have been brought to Jakhau port in Gujarat's Kutch district for further investigation.