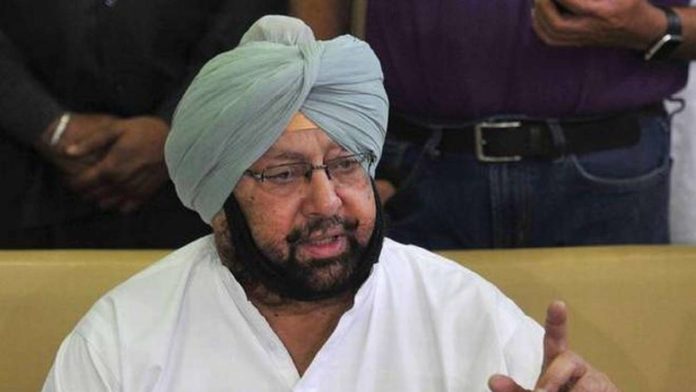 The Punjab Chief Minister, Captain Amarinder Singh on Thursday appealed to the MLAs of all the political parties to accompany him to meet the President of India on November 4 to request him to accord speedy assent to the amended farm laws passed by the State Assembly to counter the draconian central farm laws.

Disclosing this here today, a spokesperson of the Chief Minister’s Office said that the Chief Minister through a press communiqué has appealed to all the MLAs to stand up and be counted and rise above party lines in safeguarding the interests of the State which are being trampled upon by the Union Government.

Pointing out further, the spokesperson said that the three farm laws recently enacted by the Centre have sounded death knell for the farming community of Punjab, which is the backbone of State’s economic structure, as well as Mandi System and MSP.

The Chief Minister in the communiqué, has said that he is duty bound to protect the interests of Punjab as the recent amendment bills passed by the Punjab Vidhan Sabha, clearly exhibited.

Notably, the Chief Minister had already sought time from the President pursuant to the decision taken in the Vidhan Sabha Session.

The Chief Minister also expressed concern at the Union Government’s stoppage of freight trains to Punjab and withholding the Rural Development Fee (RDF) in respect of Punjab, which is so crucial in sustaining and upgrading the agriculture marketing and rural infrastructure in the State, thus giving the impression of financial and economic blockade, said the spokesperson.