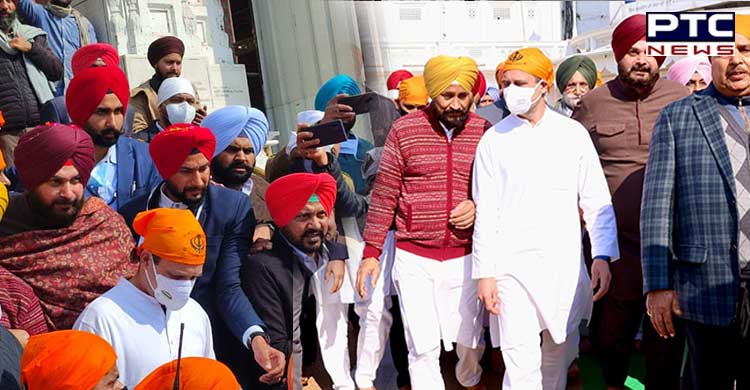 Jalandhar, January 27: Congress leader Rahul Gandhi on Thursday announced that the party would soon take a decision on the CM face in Punjab for the state Assembly elections scheduled for February 20.

Rahul Gandhi said they would discuss the issue with the workers. Notably, Rahul Gandhi was in Jalandhar's Mithapur on Thursday for virtual rally "Navi Soch Nava Punjab".

Rahul Gandhi said both PPCC chief Navjot Singh Sidhu and Chief Minister Charanjit Singh Channi discussed the issue of the CM face with him. He said both Congress leaders had assured him that they would help whoever was named the CM face in Punjab for the Assembly elections. 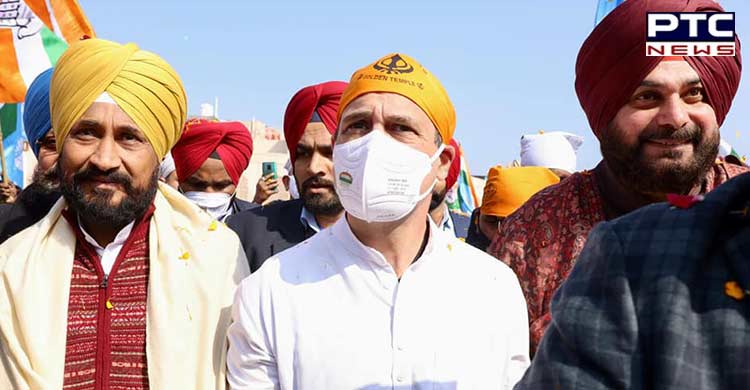 This is the first visit of Rahul Gandhi since the imposition of a ban on physical rallies by the Election Commission of India at the start of the month.

Rahul Gandhi said, "We have had a talk in the car that who will lead Punjab going forward. Media people call this the CM candidate. Both Channiji and Sidhuji told me that this is the most crucial question in front of Punjab that who will lead the Congress."

"See, two people can't lead. Only one will lead. Punjab CM Charanjit Singh Channi and state Congress chief Navjot Singh Sidhu assured me that whoever becomes the CM face, the other person will support him. I was listening to them. I was happy. We will ask Congress workers to decide Punjab CM candidate," said Rahul Gandhi.

Amid apparent tension between Channi and Sidhu, they put up a show of camaraderie as Channi hugged Sidhu and said there was no fight between them. "People say there is a fight between us. Announce the Chief Minister face for Punjab polls and we will stand united, Rahul Gandhi Ji," Charanjit Singh Channi said as Congress leader Rahul Gandhi was also present at the gathering.

Charanjit Singh Channi started his address with the verses of Guru Ravidass. He thanked Rahul Gandhi for giving him 111 days of his chief ministership. He told him that "if he liked his 111 days, he should give him another chance".

Charanjit Singh Channi said other parties were criticising them for not naming the CM face yet. 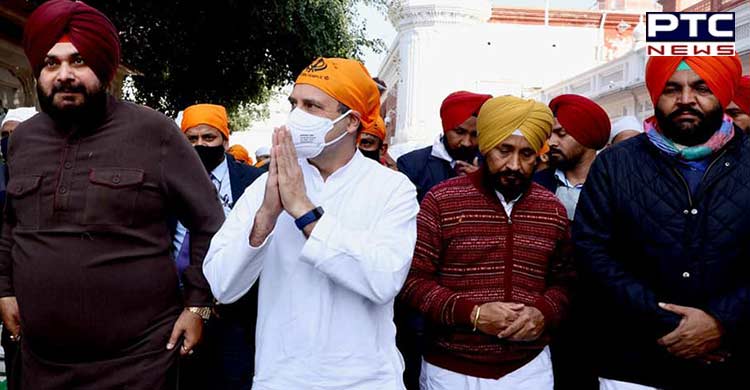 Earlier, Congress leader Rahul Gandhi, who is on a day-long visit to Punjab for campaigning of the upcoming Assembly polls, visited the Golden Temple in Amritsar on Thursday. The Congress leader was accompanied by Charanjit Singh Channi and Navjot Singh Sidhu. Rahul Gandhi also paid obeisance at Durgiana Mandir and Bhagwan Valmiki Tirath Sthal.

This is the first visit of Rahul Gandhi since the imposition of a ban on physical rallies by the Election Commission of India at the start of the month. 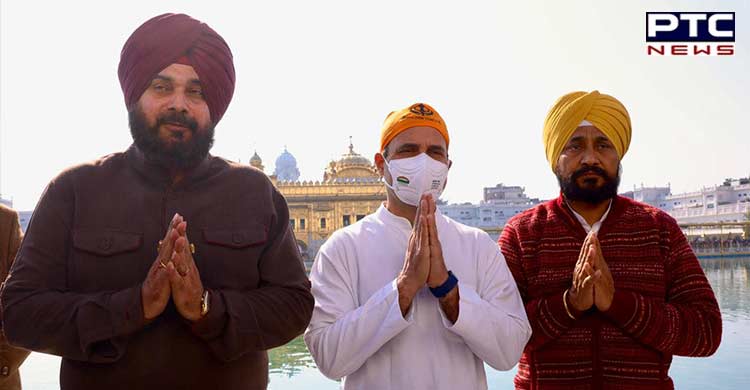