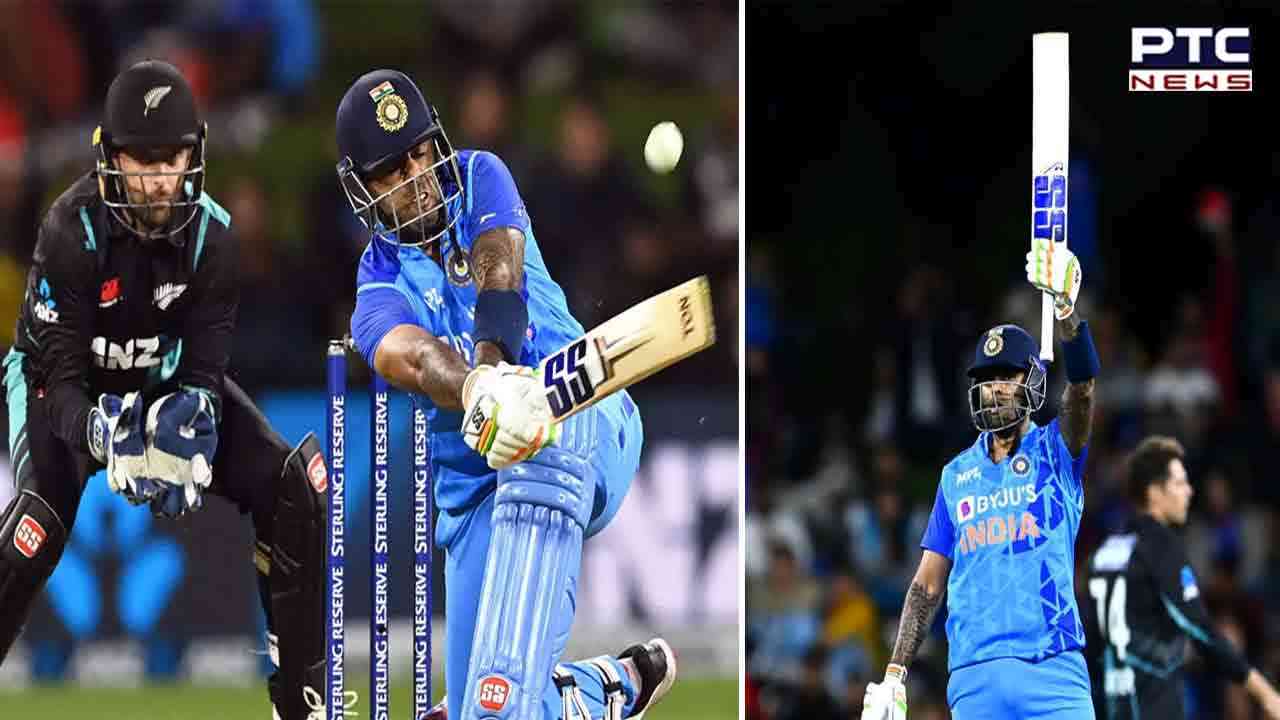 The batter accomplished this feat during his side's second T20 against New Zealand at Mount Maunganui. In the match, Suryakumar destroyed the Kiwi bowling lineup with his fearlessly batting, smashing an unbeaten 111 in just 51 balls with help of 11 fours and seven sixes. He struck the ball at an astonishing strike rate of 217.64.

Earlier this year in July, Suryakumar had smashed 117 off 55 balls against England in Nottingham, consisting of 14 fours and six sixes.

Back in 2018, Rohit had smashed two centuries that year. He scored 100* against England in Bristol and 111* against West Indies in Lucknow.

Suryakumar is among three Indian cricketers who have more than one century in the shortest format. Rohit has the most T20I tons, with a total of four, followed by opener KL Rahul and Suryakumar Yadav having two each.