Will not accept discharge of Advani in Babri Masjid demolition case on technical grounds, says SC 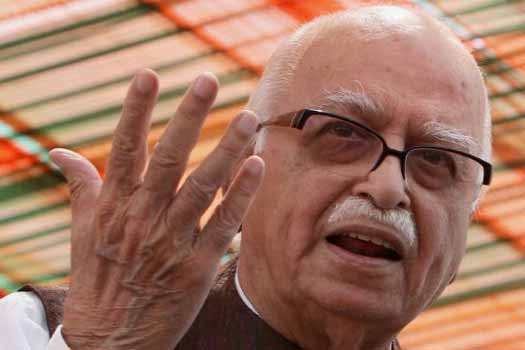 New Delhi: The Supreme Court on Monday said it will not accept the discharge of L K Advani and others in the Babri Masjid demolition case only on technical grounds and kept the option open on reviving the conspiracy charge against them.

The apex court while making oral observations on discharge of Advani and other BJP leaders M M Joshi and Uma Bharti also came up with the option of ordering a joint trial of cases arising out of the two FIRs lodged in the wake of the demolition of the disputed Ram Janmabhoomi-Babri structure in Ayodhya in 1992.

"There are 13 persons who were discharged only on technical grounds. Today, we are saying why can't we club both the cases and have a joint trial," a bench comprising Justices P C Ghose and R F Nariman said.

"We will not accept the discharge on technical grounds and we will allow supplementary charge sheet," the bench said.

These observations were made orally during a brief hearing by the bench, which posted the matter for further hearing on March 22.

However, the clubbing of two FIRs was opposed by the counsel for the accused on the ground that there were different sets of persons named as accused in the two cases, the trial of which were at an advanced stage at two different places.

They were of the view that joint trial would lead to the beginning of proceedings de novo (afresh).

Altogether, 13 persons including Advani, Joshi and Bharti were discharged of conspiracy charge in the case, the trial of which is being held at a special court in Raebareli.

The second set of case was against unknown 'karsevaks' who were in and around the disputed structure and the trial was being held at a court in Lucknow.

The appeals were filed by one Haji Mahboob Ahmad (since dead) and the CBI against dropping of conspiracy charges against BJP leaders Advani, Joshi and 19 others for demolition of the disputed medieval structure on December 6, 1992.

During the hearing, the bench also said that supplementary charge sheet was filed against eight persons but not against the 13 who were discharged.