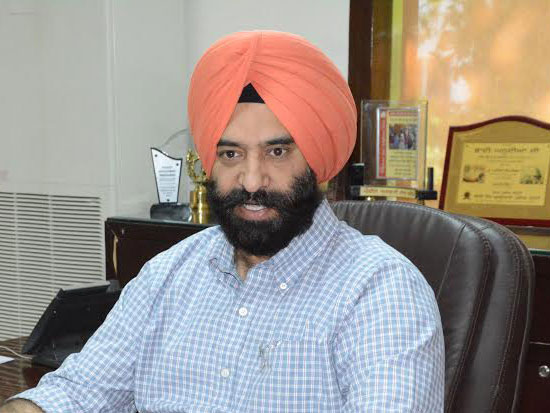 Mr. Sirsa said that it was strange that we are opposing attempts to erase the legacy of National Visinary leader Dyal Singh Majithia but Mr. Amitabh Sinha is presenting the case otherway round. He said that real issue is not name of VandeMatram but issue is renaming of Dyal Singh College and attempts to erase his name and his legacy.

He reminded the Governing body and particularly Mr. Sinha that when Dyal Singh Majithia had donated his wealth for construction of such great institution, this donation was not aimed for a particular community but it was aimed at nation building.

He said that it is pseudo nationalism of Mr. Sinha which is driving his egoistic stand and he is not understanding the gravity of the situation where all peace loving nationalists are feeling deeply hurt at attempts to erase name of a Nationalist leader who contributed from his personal wealth towards the nation building and constructed number of schools and colleges to education our future generations.

Mr. Sirsa said that we are committed to not let this renaming happen as it will pave way to further make attempts to rename other institutions in the name of other real national heroes.

He said that now when the issue has grabbed national headlines and intellectual class and all right thinking people have stood up against erasing the name of Dyal Singh Majithia and Mr. Sinha’s cheap gimmicks have been fully exposed, he is trying to divert the attention of the people by making is as issue of opposition of Vande Matram.

Mr. Sirsa advised Mr. Sinha that it is hard work in life which takes a person high in politics and he should avoid cheap politics on a word which is of whole nation. He said that Vande Matram is of every citizen of the country and he should avoid using its names rather misusing it for his person gains.