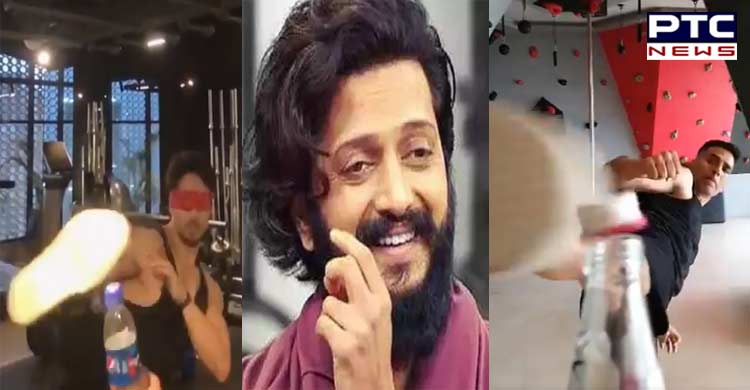 Bottle Cap challenge which was started by the Hollywood actor Jason Statham has taken the Internet on rage with several people sharing their successful or failed attempts, moreover some comic elements.

Among the best performers is Akshay Kumar, Tiger Shroff who took the challenge to a notch higher. While Akshay Kumar did the Jason style for Bottle Cap challenge, Tiger Shroff did it blindfolded. Likewise, the tweeple applauded him for the same.

Meanwhile, Ryan Reynolds who is best known for the character of Deadpool posted the video in his own style. In a vide shared by Ryan, the bottle makes round on the streets and when it comes for the showtime, Ryan ends up breaking the bottle.

The best was from Ritesh Deshmukh, who shared the video of Akshay Kumar and captioned it as I couldn’t resist either!!! That’s my #bottlecapchallange with an @akshaykumar mask... beware he may claim it’s him.... as a good friend I will allow him that much !!! My next challenge video is with a @iTIGERSHROFF mask...".

He even gets replied from Akshay Kumar on this through a hilarious meme.

Lol, that shows his sense of humor and he deserves to the winner of Bottle Cap challenge.