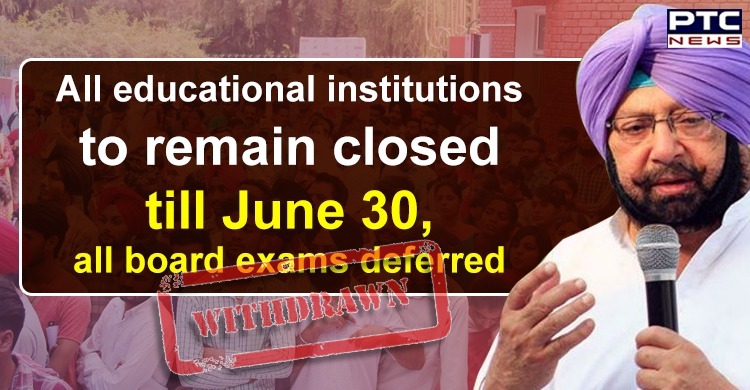 Punjab government on Saturday withdrew the decision of closing all the educational institutions till June 30. Punjab Chief Minister Captain Amarinder Singh, during the video-conference with Prime Minister Narendra Modi, had said that the state government had already decided to go for curfew/complete lockdown till May 1, with all the educational institutions to be closed till June 30, with state Board examinations also deferred till further orders.

Meanwhile, he had added that Section 144 remains in place, along with the prohibition of public service vehicles till May 1. Also, the Chief Minister Captain Amarinder pointed out that there was huge uncertainty about the likely incidence of disease and the nation was in for a long fight.

Captain Amarinder Singh also shared with the Prime Minister the latest update on the situation in Punjab, and the state’s preparedness to deal with the spread of the pandemic. Punjab has over 151 positive cases and around 11 deaths so far, with 17 of the 22 districts affected and 15 having more than 3 cases each. Meanwhile, Mohali has a maximum of 50 positive cases. 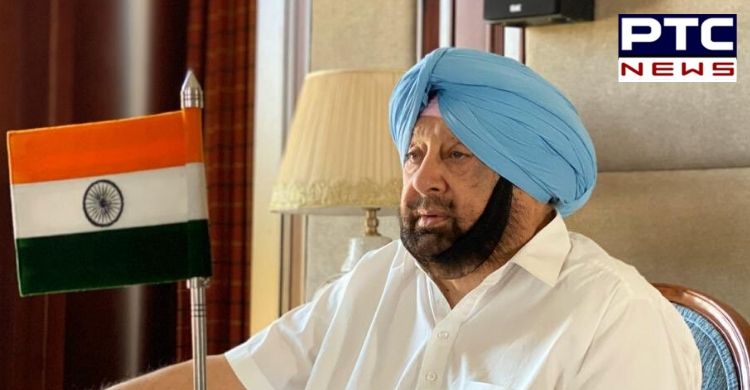 The total number of 3461 samples has been taken so far, out of which 338 results are awaited and 2971 have been found negative. There is no patient on a ventilator, as of now, while 18 people have recovered from the disease.

Earlier on Friday, Punjab Education Minister Vijay Inder Singla took to Twitter and wrote: "Keeping in purview the #COVID19 situation, Punjab Govt has decided to prepone summer vacations of schools, which shall extend from April 11-May 10. The students of PSEB Class V & VIII shall be promoted based on Exams & Assignments given before the lockdown."